Punjab govt. to develop Solar Power solutions in areas with no transmission lines

The Punjab government has redirected its focus towards developing modern solar power plants in areas where there are no transmission lines connected with the national grid.

The Chief Minister of Punjab, Mr. Usman Buzdar, was heading a high-level meeting at his office, over the weekend, where he reasserted developing modern solar power solutions in the far-flung areas of the province. The meeting was attended by various relevant stakeholders and government officials including the Provincial Energy Minister, the relevant top-level bureaucracy. The meeting was also attended by the CEOs of Grace Solar Pakistan, Quaid-e-Azam Solar Power Company and the President of Projex International, a Canadian company.

According to the reports, the Canadian company has agreed to develop said plants as per the terms of requirements stated by the provincial authorities. CM Usman Buzdar mentioned that the off-grid solutions would prospectively be developed in the areas of Southern Punjab including Dera Ghazi Khan, Rajanpur, Cholistan and in areas of western Punjab like in Thal.

While mentioning that the province had a huge potential of harvesting solar energy, Buzdar said that the companies involved would be facilitated to develop setups which reaped the advantages of the sustainable solution.

Also Read: Pictures of this solar-powered night school in Pakistan are here to brighten up your Monday

As the world increasingly becomes aware of the environmental hazard of petrochemical-related solutions of energy, the focus is now shifting towards using more environment-friendly alternatives like Solar and Wind. Government-level vision to promote renewable power solutions can also positively influence the private sector to focus on these cutting-edge solutions which are also environmental friendly. 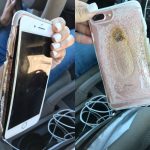 A smartphone exploded in Lahore causing serious injuries to a man