Punjab to take action against women harassment through technology

Women will be able to notify the officials of PPIC3 about any incident of oppression or harassment. The police will take quick action against the offenders by reaching the crime scene in time. The punishments will be in accordance with the harassment laws.

The android application will have a panic button which will redirect emergency calls to 15. The application will also enlist the cases which count as harassment. Speaking about which Deputy Chief System Integration at PSCA, Shamsher Haider said,

“Definitions of what constitutes harassment and what does not will be built-into the application so apart from helping out the citizens, we can also educate them,”

The application will be launched by the end of December 2016. 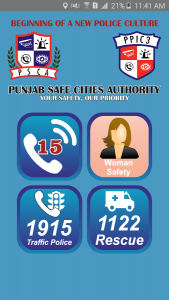