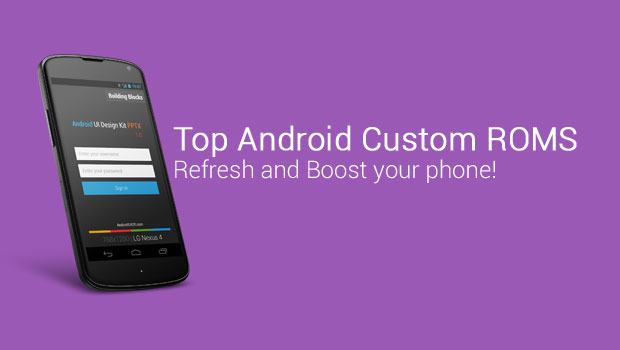 QMobile claims to be the largest selling smartphone brand in Pakistan with statistics showing a growth of almost 2000 fans per week. It is interesting to note that the company has been able to make a huge name for itself in Pakistan while smartphone giants like Samsung, Apple and HTC are ever popular in the world. Does the secret of the success of QMobile smartphones, especially QMobile Noir series, lie in the aggressive advertising featuring the heart throbs of Pakistani masses including Fawad Afzal Khan, Shan and now Aditya Roy? Or are their Mobile phones genuinely worth a try? We decided to take a look ourselves by reviewing QMobile Noir A500.

Let us start with the basic features. When you are looking to buy an android smartphone, what is it that you are looking for? (Hint: you can consult our smartphone buying guide) Basically sleek design, a decent camera, fast processor and the latest Android so that you can have all the latest apps in the Play Store as well as a built in Chrome browser and the amazing Google Now. Well, QMobile Noir team seems to have done their research as they strive to give all these features to you in an impressively low price of 16k.

QMobile Noir A500 comes with Android 4.2 Jelly Bean, dual sim, 1.2 GHz QuadCore Processor and a 4.5 inch FWVGA LCD Display. To add to the package, QMobile has also thrown in a 4GB MicroSd card with the mobile. The QMobile Noir A500 comes with a 5Mp Camera, which isn’t overly appealing as most smartphones now have 8Mp cameras but it brags of a Front VGA camera, a feature that is only available in high-end Android phone. QMobile Noir A500 has an 1800 MAh battery, again lower than other smartphones, but it serves a decent talk-time. Seeing how all this comes at a low price tag, we couldn’t help getting impressed. The other Android phones that fall in the same range are Samsung Galaxy Music, Samsung Galaxy Y and HTC Desire which don’t come close in terms of specs.

With a 4.5 inch display, QMobile Noir A500 gives a big screen to you for playing your favorite games and navigating the social media. The colors and the display lack the punch that big names like Samsung and Sony give you and the screen is hard to read in the sunlight. The touch is smooth and QMobile has worked to improve it. For those of you who have used the QMobile Noir series prior to A500, especially the early phones of the range, there is a marked difference in the touch. It is improved and smoother. While QMobile is to be appreciated for making the progress, other touch phone like Sony Xperia Z may yet have smoother touch. However, we think it’s fair to point out that it isn’t a bad display at all. It is responsive and if you are not too demanding, adequate for everyday needs.

QMobile Noir A500 offers you a 5Mp camera which isn’t the best in the range of mobile phones cameras. From iPhone to Samsung devices, many mobile phones come with a 5Mp camera and seem to do fine with it. QMobile, however, needs to put in more work in the picture quality. The pictures lack the sharpness that other mobile phones with the same specs can deliver to the users. Good picture quality is what we really found lacking in this mobile set. The pictures are just okay and for those of us who like to use our phone cameras to store important memories of our life, the camera QMobile Noir offers is a disappointment.
The front camera performs better. You can use it take your own pictures and post to instagram. It also offers you the ability to video call your friends right from your mobile, something which other phones in the same price range wouldn’t do.

If latest software is a priority for you, Noir A500 comes with Android 4.2 Jellybean and all the attached advantages of the latest software. It also has built in functionality allowing you to change the theme of the phone without using external launchers. You can change your wallpapers, lock screens and the main theme by choosing from the internal themes offered.
QMobile has put in some serious work in the interface: the messaging is better; the notification hub on top is minimalistic but can be expanded with a touch to give a lot of setting options. We still think they could do with a better lock screen (no it is not the one they show in the advert) but we are sure that Qmobile will continue to improve as we go along.

Working with QMobile Noir is a good experience. We would rate it at a 7/10. It takes care of the software requirement and gets quite close to other touch phones from bigger brands but makes compromises on the hardware. The main body is plastic which ensures that the phone feels light in your hand but misses out on the luxury feel. Once in awhile, your phone crashes without any excuse and needs to be turned on again. (Take out your battery and reinsert it before restarting it.) Even with a Quadcore processor, if you try to do too many things at once, the phone can hang. These are the glitches that you will have to deal with if you go with Noir A500.
The phone itself looks great and although it is larger than the palm of your hand, it allows for faster typing because of its rectangular design. The redeeming factor of QMobile Noir A500 is that it gives you the experience of a phone that looks like Sony Xperia Z without having to pay the price. (Xperia Z costs more than triple the price of Noir A500). You can see the full comparison of Noir with Sony Xperia Z but QMobile more or less does a fair job. And right there, lies the reason for the popularity of the brand. It allows the average Pakistani the luxury to carry great looking phones in their pockets without having to worry about paying a very large price for it.

If you own a QMobile Noir phone, we would love to hear what you think about it. Stay tuned for more updates and reviews. Don’t forget to sign up if you haven’t already! 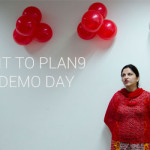 A visit to Plan9 Incubator on Demo Day