Samsung and QMobile are both very renowned and vastly prevalent brands in Pakistan and their smartphones are more common when compared to other brands like LG or Sony. A number of reasons could be attributed to this premise but both are trusted mainly because Samsung has a long history since the feature-phone era, and QMobile has a reputation of being a Pakistani and more affordable brand when it comes to smartphones. We are hereby presenting a brief head-to-head comparison of the flagship devices from these brands, namely the Pakistani super-phone ‘QMobile Noir Quatro Z4’ and Samsung’s Next Big Thing, the ‘GALAXY S5’, to give you a general idea of where they stand against each other.

QMobile announced its current flagship in November last year. QMobile Noir Z4 is based on Gionee Elfie E6 and hosts a MediaTek MT6589T chipset with quad-core Cortex-A7 processor and PowerVR SGX544 GPU on top, clocked at 1.5 GHz and 357 MHz respectively. This particular chipset showed some very impressive benchmark results back when it was announced and pitted against some top-of-the-line smartphone processors. That combined with a 2 GB RAM and 32GB of internal memory, Noir Z4 seems like a capable smartphone for its price point, at least on paper. 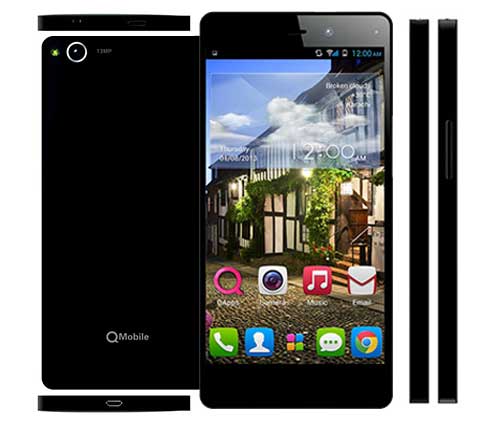 Samsung’s latest GALAXY S5 was released this week and it may have disappointed a few fans in the process for sticking with the same old design and build preferences. However, Samsung adopted a “back to basics” strategy to focus on improving the strong selling points of its previous devices and abolish the race for stacking the top hardware in each new device. GALAXY S5 features Snapdragon 801 chipset with four 2.5 GHz Krait 400 CPUs on top with 2 GB of RAM. Snapdragon 801 is one of the latest chipsets in the market with one of the most impressive sets of benchmark test results. 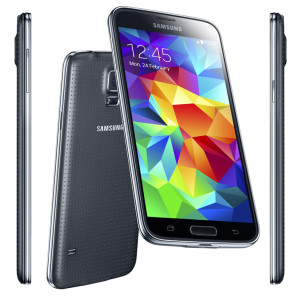 Neither of the devices have a premium look-and-feel like HTC One or Apple iPhone 5S, but it doesn’t really matter for most people anymore. Noir Z4 offers a polycarbonate unibody design with a glossy finish, and there is no access to the internals directly. It has software buttons so the screen, when switched off, gives a neat blended look with the front.

Samsung GALAXY S5 keeps the S4’s hardware Home button that doubles as a fingerprint scanner as well. It features a soft perforated texture for the removable back-cover that is being marketed by Samsung to feature a ‘Modern Glam’ feel. The back-cover also gives access to the removable battery alongside SIM card and memory expansion slots.

As far as the software side is concerned, Android Jelly Bean (v4.2) with some embellishments like Gesture Control—ironically made popular by its rival Samsung’s previous flagship, GALAXY S4 itself—are present for the users to play with. Some of these features are Auto Answer, Smart Pause, and Smart Scroll, like the Air Gestures on latest GALAXY and Note smartphones which rely on the front-camera and proximity sensor to sense and operate. The overall software experience is, however, not flagship-worthy but only satisfies for its price point. 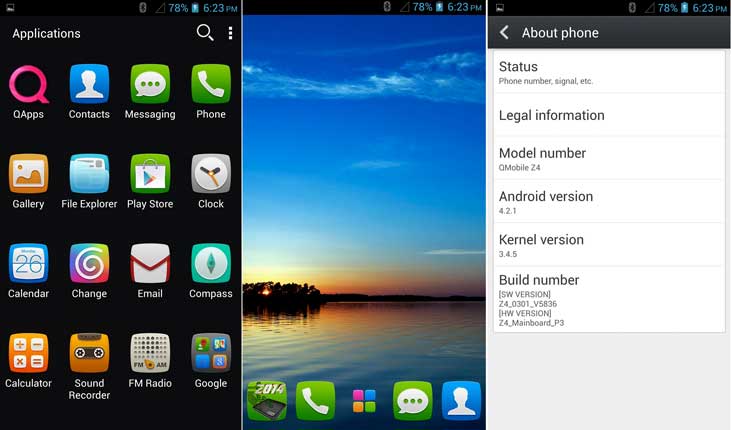 Samsung GALAXY S5 features a much more toned-down and “flatter” UI experience on top of the Android KitKat v4.4.2 that, thankfully, abolishes the memory-hogging ‘S This’ and ‘S That’ features found on the previous Samsung devices. This is undoubtedly a welcome change that could have been the result of a deal that Samsung made with Google earlier this year and it restricted Samsung to keep the software intrusion in the core Android OS to a minimum.

Most of the users demand a strong camera performance from their smartphones and this is exactly where Samsung GALAXY S5 exceeds above the rest in the competition. Samsung GALAXY S5’s 16 MP primary camera has a 1/2.6” sensor size and 1.12 µm pixel size. It has a number of features like HDR photo and video capturing, HDR preview before taking the shot, dual-shot from both cameras, OIS, automatic phase and contrast detection and more. These features make the GALAXY S5’s camera one of the best among the ranks of current smartphones. Noir Z4, on the other hand, offers a 13 MP primary camera that is modest enough to do the job most of the times but do not expect anything stellar from it either. The 5 MP secondary camera will do you good if you’re into selfies, however.

Some extra features that GALAXY S5 users will enjoy include a fingerprint scanner for unlocking the device and authorizing PayPal transactions, an on-board heart-rate sensor that is perfect for S Health software suite, exclusive Gear smart-watches pairing, and IP67-certified dust- and waterproof housing.

A quick comparison table of the two devices is given below. 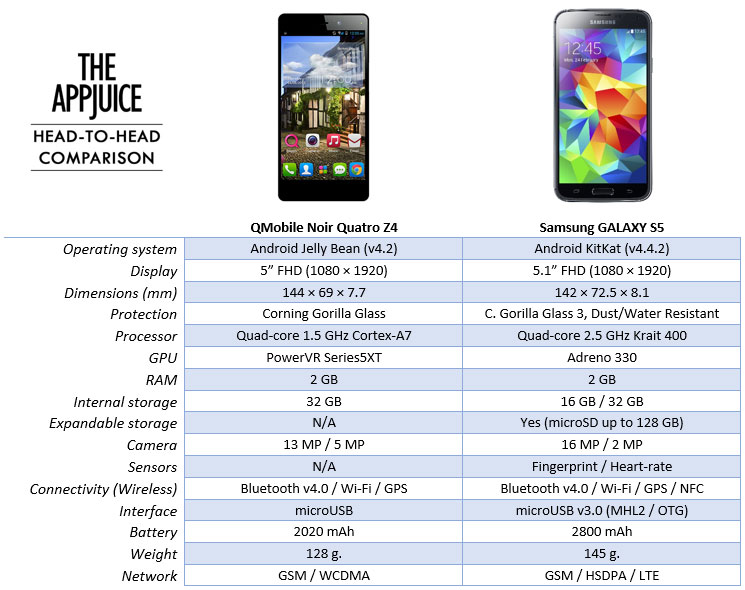 As far as the price and availability of the smartphones are concerned, QMobile Noir Z4 is readily available from the market and online vendors for a price-point around PKR 35,000. Colour options for Noir Z4 are Black, and White. Samsung GALAXY S5 will be available April 11th onwards worldwide for a price range of $600–$700 for the unlocked version which could translate to around PKR 75,000 when the price settles after the initial release in Pakistan. Colour options for GALAXY S5 are Charcoal Black, Electric Blue, Shimmery White, and Copper Gold. 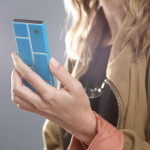