QMobile’s Deceptive Marketing Tactics Could Land it in Trouble 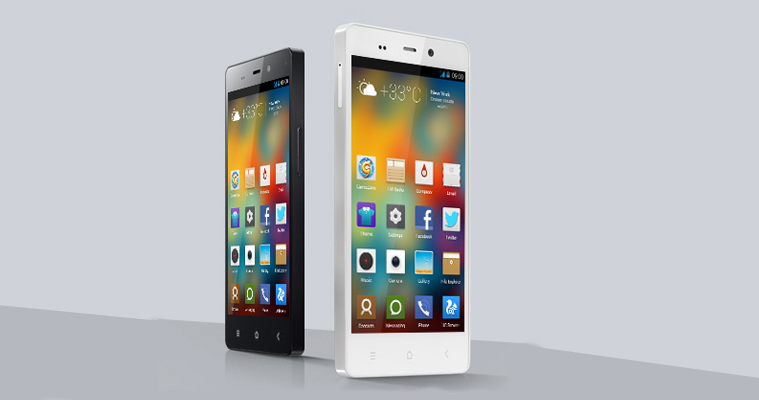 Say what you will about the quality and standards of QMobile devices, two things about the company cannot be easily refuted: one, QMobile enjoys an unrivaled position in the country’s mobile phone industry, and two, its advertisement game is almost always on point. We say almost because recently QMobile has started to deviate from its regular TV commercials pattern, one where the whole neighborhood would perform a dance-off against a traditional beat in order to sell a 4,500-rupee phone, to adopt a more modern, stylish (and some might say, noir-esque) look.

And that look comes hand in hand with claims that the company might find difficult to defend if their veracity is put to question.

Case in point: QMobile’s latest TV ad for its Noir Z9 smartphone, where bold claims are made about its “slimness” and “weightlessness”. At just 5.15mm thick and 97 grams heavy, the smartphone definitely is a wonder of modern technology but its claim to fame is summarized by the TV ad in two enticing and controversial subtitles: “Slimmest Phone Ever”, and “Lightest Phone Ever”. A close inspection of the smartphones launched in the recent past would reveal that these claims do not hold true any longer.

Given the fact that QMobile is not a manufacturer but only a distributor, it sells re-branded smartphones in Pakistan which are originally made by Chinese companies to be sold by distributors. QMobile Noir Z9 is a re-branded version of a Chinese smartphone as well which is available in several Asian countries under different names. This smartphone may have been the slimmest mobile device in the world at its launch but that title has since been snatched by at least two rivals, in addition to several lesser-known 5.1mm variants of the same phone like Wiko Highway Pure 4G and Micromax Canvas Sliver 5.

Oppo, a Chinese company which is the latest entrant in the Pakistani smartphone industry, introduced Oppo R5 in late 2014, and this smartphone is only 4.85mm thick. Although Oppo R5 had to skimp on a 3.5mm headphone jack to achieve this feat, another Chinese company Vivo took the competition one step further and introduced Vivo X5Max, which is currently the slimmest Android smartphone in the world, clocking in at just 4.75mm, complete with a 3.5mm jack.

As far as the weight is concerned, one can easily find smartphones like Sony Xperia SX, an Android phone that weighs 95 grams, which were announced years ago. 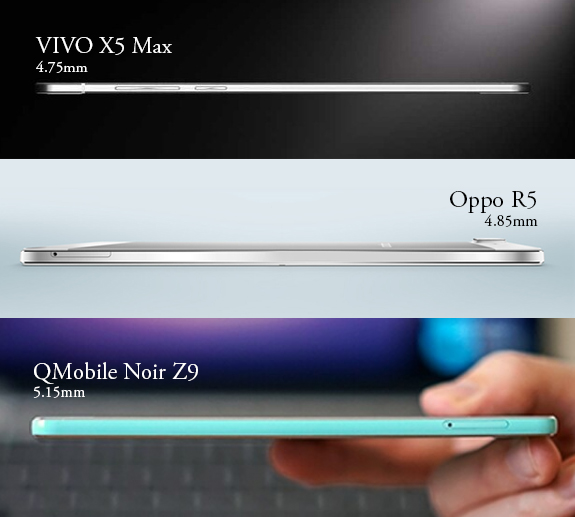 While some might argue that these claims are nothing special or worth caring about, we maintain that the existence of these smartphones proves that QMobile’s TV advertisement claims are not only hyperboles but might even amount to deceptive marketing, depending on who you ask (as it will become clearer later in the article).

Unfortunately, practices like this are nothing new for QMobile. Earlier this year, the company aired the TV ad for its low-end X30 smartphone where the footage of famous PC and console game Need For Speed: Rivals is shown as being played on the smartphone. This premise, as noted by several critics, looks plainly ridiculous when you consider that QMobile X30 features 512 MB of RAM and 4 GB internal memory, and with these specs it won’t even be able to run a decent racing game available at Play Store, let alone a game like NFS: Rivals which needs a minimum 4 GB of RAM and 30 GB of storage.

Some viewers have also called into question the usage of hit English songs, Pharrell Williams’ Happy and Ellie Goulding’s Love Me Like You Do, in its TV advertisements, although they could most likely be the cases of legitimate, licensed adoption.

What we could take away from these instances, however, is that QMobile isn’t afraid of walking the thin line between exaggerations and outright lies, and it definitely doesn’t care if a foot or two would land north of that line.

QMobile reached out to TechJuice after publication of this piece, and according to the company, the mentions of QMobile Noir Z9 being the “Slimmest Phone Ever” and “Lightest Phone Ever” are made only in reference to the products introduced by QMobile itself in the country, and are not supposed/intended to be in comparison to other competitor products like the ones mentioned in the piece above. In other words, when QMobile says “Slimmest Phone Ever”, it only means “Slimmest Phone Ever by QMobile”. TechJuice regrets the misinterpretation in this regard caused in part by the equivocal nature of the claim. 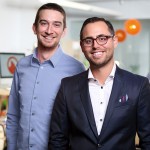