For those people who are unaware of the name NXP semiconductors, it was previously known as Philips semiconductors and is best known for making smartphone chips. In addition to smartphone chips, it also makes the NFC payment chips and once supplied Apple’s motion coprocessors inside the iPhone. The company has a huge presence in the automotive, security and Internet of Things industries.

With this acquisition, Qualcomm may have just announced its entrance into the internet of things market. NXP has a huge R&D department for IoT and currently employees over 45,000 people all over the world. This move seems to be in accordance with current market trends as, according to many experts, smartphone boom may finally be over. This means that if Qualcomm does not find another channel for expanding its business, it may suffer the same fate as Intel and be limited to a declining market.

Qualcomm’s eagerness to acquire NXP can be seen by the amount of money they are willing to throw over them. According to reports of last quarter, NXP’s market valuation is around $37 billion. However, considering future prospects and the expected boom of IoT after it reaches a critical mass, it might be a very good investment for Qualcomm.

The combined company expects to have annual revenue exceeding $30 billion and they will service a market which is projected be worth $138 billion in 2020. By combining resources, they estimate annualized cost-saving synergies of $500 million within two years of the deal closing.

Overall this seems like a logically sound decision for the American tech giant, but only time will be able to tell how much of an impact this merger will have on the industry. 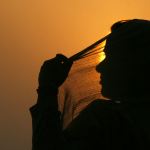 PTI to launch SHE SAFE personal safety app for women