As per the police, an eyewitness, ‘saw the suspect barrelling down on him but couldn’t get out of the way’.  The person remain shocked after discovering the driver. It was a dog on the driving seat. However, he tried to move out the way as the truck approached. Though, was unable to avoid an accident.

After the reckless driver struck two cars in the Walmart parking lot today, KPD was at the spot to catch him. Fortunately, no one was hurt in this crash. However, one of the victims spotted the suspect barrelling at him but was unable to get the way out. He was shocked after getting to know that it was a dog.  Yes, the driver was actually a dog who was driving when the accident happened, according to the report presented by Kilgore Police Department. 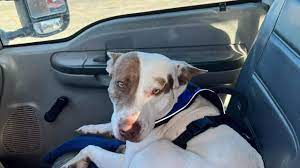 The investigation revealed that the dog was sitting in an unoccupied seat of the vehicle waiting for the people while they were on shopping.

Moreover, he reportedly became a little antsy and began to bounce around the cab. The dog must have put the car in drive because the steering column had previously sustained some damage. He was also wearing a lease, which he actually thought will release once he caught on the emergency brake.

Although, it seems suspicious, a witness claimed saw the dog behind the wheel just before the crash. He undoubtedly,  has a guilty expression on his face.

Earlier, a woman went to the hospital for three days after her dog pooped on her face. Amanda Gommo, a 51-yar old from Britsol UK was sleeping at her place mouth-wide-open. Eventually, her dog came and pooped in her mouth that went right inside of her mouth, left her with Diarrhea. 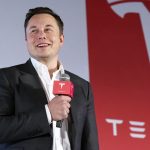