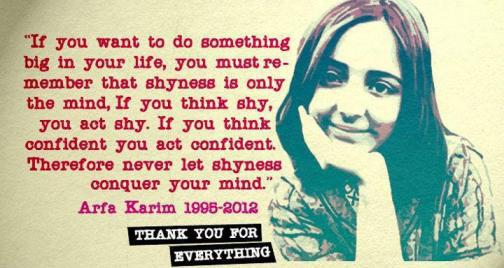 On 14th January, 2012, Arfa Karim left us all. It was a shock for the nation but for those of us who had known her, even from a distance, it was a jolt. Arfa was a bright young women and a humble one at that. She was, to put it simply, the calm voice restoring order when our meetings went a little out of hand, and the one person who would make a sane judgment… I met her thrice, maybe four times but she left an impression. Meeting her for the first time, you couldn’t tell that she was a superstar in her own right and yet, at the tender age of 16 she had achieved what many can only dream to. The youngest MCP in the world, Arfa was also the head-girl of her school, LGS Paragon.

On Ferozepur Road, stands the tall, stately building of Lahore’s biggest Technology Centre, Arfa Karim Technology Park. Within are various IT companies, working hard each day to bring an IT revolution to Pakistan. Among them are P@SHA and Plan9, two large organizations that are really making a difference. In 2013, Plan9 proved that the CM’s plan to invest in a Technology Park had not been a futile one. The PITB backed Startup Incubator headed by the renowned Umar Saif, produced impressive startups, some of which went on to make Pakistani’s proud. Other companies are also working to build a brighter, tech-savvy Pakistan. Among them are Microsoft Innovation Centre, another startup accelerator that has been quietly producing some great startups. Companies including Easy Taxi, LaMudi and CarMudi backed by the German Rocket Internet group are also working to revolutionize IT in Pakistan through e commerce. The latest addition to the Arfa Karim Tech Centre is the ITU, a University in which both undergrad and grad level students are enrolled, toiling away for the better future of Pakistan. Arfa Karim Technology Park is thus home to all the IT progress that is slowly but surely spreading its branching across Punjab and now, Pakistan and wherever it goes, Arfa’s contribution to the IT sector of Pakistan, her brilliance and her dedication are celebrated.

There is no shortage of talent in Pakistan but there is need to remember and commemorate our heroes, celebrate intellectuals who have brought pride and prestige to the country and use them as an inspiration. People like Arfa Karim will go down in the pages of history as the dreamers, who dared think big and strived to achieve. Two years after her untimely death, Pakistan has not forgotten its child prodigy, the very brilliant Arfa Karim. May she rest in peace. 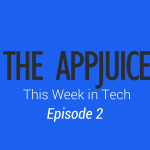 This Week in Tech – Episode 2