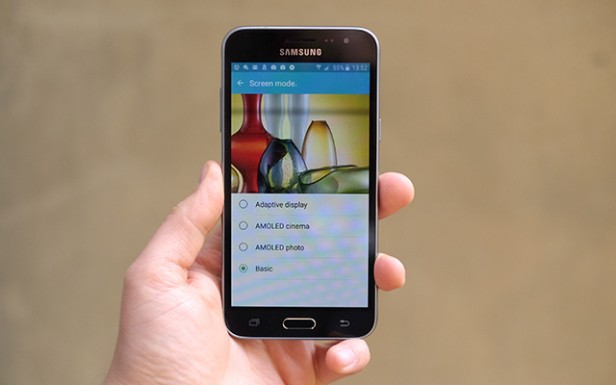 Samsung Galaxy J series is the ultra-low budget series from the world’s biggest smartphone manufacturer. The J series is for the people who want a Samsung phone but do not want to spend a lot of money on a smartphone.

Samsung Galaxy J3 2018 specifications are leaked on a GFXBench listing. The phone is expected to come with a 5.0-inch display with 720p resolution. Last year’s J3 had the same display with the same resolution, so there is no improvement here. It will come with a Quad Core Cortex-A53 processor clocked at 1.5 GHz, a little more than the last year’s 1.4 GHz clock rate. The GPU is expected to be Mali-G71 which is also a slight improvement over the last years model.

The Samsung Galaxy J3 2018 will come with 16 internal storage with a Micro SD card slot. There’ll be 2GB of RAM under the hood. So there are no improvements in these departments as well. The phone will ship with Android 7.1.1 out of the box and hopefully will be upgraded to Android Oreo soon.

There’s one strange thing about the new phone, according to the listing, it will come with an 8 MP back camera whereas the last year’s J3 had a better, 13 MP rear camera. Moreover, the camera does not support HDR as well. By taking this step, Samsung might want to reduce the cost of the smartphone even more. The front camera is the same, 5MP unit and both cameras can record 1080p videos.

Are you excited about the Samsung’s new budget phone or are you a flagship guy?