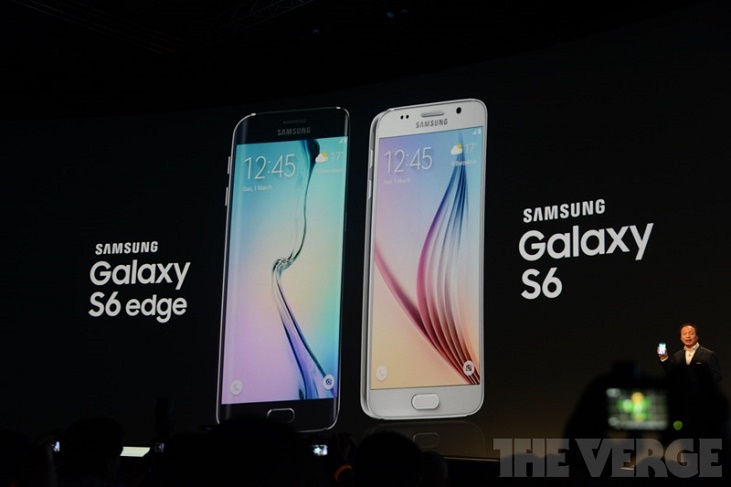 Last night, Samsung launched two variants of its Galaxy range smartphones: S6 and S6 Edge at Samsung Galaxy Unpacked 2015 held in Barcelona, Spain. As the event progressed, it became clear that Samsung had once again focused on high-end technology and beautiful design rather than bringing innovation to the smartphone. We understand that not much novelty can be brought to a smartphone design as we have probably achieved all possible variations including modular smartphone design. However, we half-heartedly expected Samsung to become a pioneer of yet another innovation in the smartphone world but we were slightly disappointed. Samsung managed to turn its event into an Apple bashing campaign as it openly compared Galaxy S6 features with iPhone 6.

Samsung started the event with first creating an atmosphere of mystery and then, revealing the two smartphones pictured side by side with no apparent change in their physical design. The company’s vision behind Galaxy S6 smartphones was not to change the design or the technology ‘ALONE’ rather change them together.

First off, Samsung dissed Apple saying the new smartphones are so tough that they will not bend due to their dual curves, gorilla glass 4 and a metal frame body. The special metal used is 50% stronger than the metal in other smartphones. Next, Samsung discussed the simplified user interface of the smartphones which makes them super responsive with no lagging at all. Everything from playing games to transferring files have been made faster and better.

Samsung, hoping to get a big response, excitedly informed a non-interested crowd about the no-scrolling feature of the upgraded smartphone camera. Following the same dullness, the next feature reminded me of children shoes which light up with every step taken, only now the smartphone edge lights up in five different colors for five of your contacts when you receive a message or call.

The Galaxy S6 has 5.1 Quad HD display with 77 percent more pixels than its predecessor Galaxy S5 and 11% more pixels than Galaxy Note 4. Samsung did manage to improve the charging time giving 4-hour charge in 10-minutes and recharging to full in half the time taken by iPhone 6. They have made charging faster than any other phone in the market. The device is only 6.8 mm thick, yet it is able to squeeze in wireless charging capability.

Now Samsung moved towards introducing the camera specifications of the smartphone while comparing every result with that of the iPhone 6. The Galaxy S6 has 5MP front-facing camera and 16 MP rear-facing camera with real-time HDR and optical image stabilization thus offering better low-light photography.

Lastly, Samsung introduced their mobile payment service – Samsung Pay (does that sound familiar?!) which can be used anywhere and payable with a credit card, debit card or NFC. The Galaxy S6 ranks as one the most secure devices available in the market and a business ready smartphone since it integrates with several Mobile Device Management (MDM) services including Blackberry.

Samsung S6 and S6 Edge will be available in 32GB, 64GB and 128 GB options in 20 countries from 10th April, 2015. Samsung came with a bang in the smartphone world but its recent tactics to remain in the market are not going to let them last any longer. The company introduced “a lot of firsts” in the unpacking event, but it will not take long for other competitors in the market to achieve and even excel their technology. If they want to be remembered for a couple more years, they need to bring out-of-the-box thinking in their smartphone design and technology.

And for guys at Samsung, Apple bashing has become old-school! If you are so desperate for sarcasm, please find a new victim already! 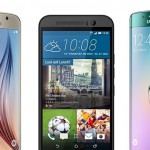