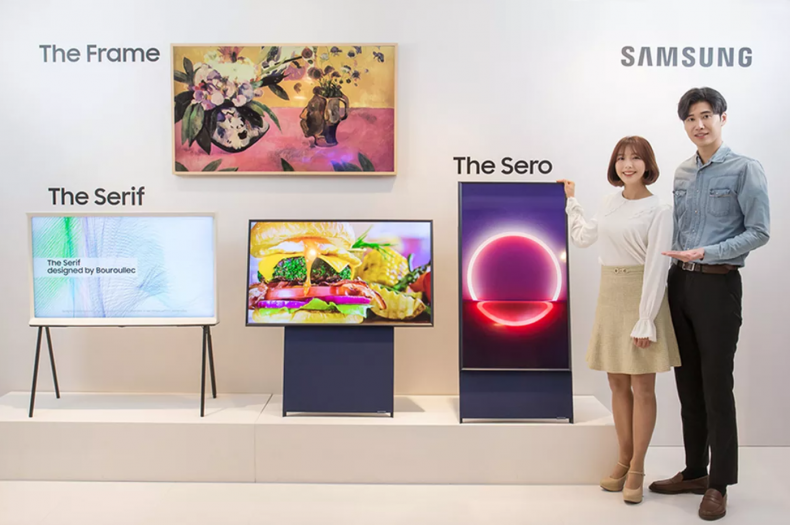 Samsung is the industry leader when it comes to ‘display technology’ and is known for introducing state of the art technology in smartphone displays and LED technology.

The latest addition to Samsung’s uber-popular TV range is Sero, a 43 inch TV that was designed with “the millennial generation in mind” as Samsung likes to put it. Interestingly, the TV pivots between horizontal and vertical orientation, giving users a couple of options regarding the implementation of the TV. Samsung is known for innovating new technology, especially in the hardware arena. This new idea of introducing a TV, which can change its orientation from horizontal to vertical and vice versa may hold a lot of potential.

A big reason for introducing this new style of entertainment viewing is the exponentially growing smartphone market. Acknowledging that the majority of smartphone content is vertical, Samsung is saying that Sero thanks to its vertical orientation is now encouraging and allowing young people to view and project most of their mobile content(stuff) on the vertical TV. 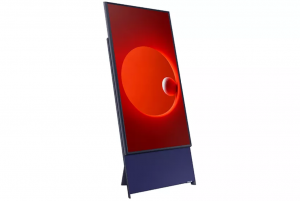 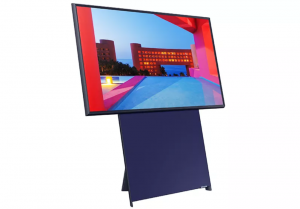 Going by the design, Samsung has chosen more of a modern look with an integrated navy stand and a minimalist rear design. The quantum-dot QLED set features 4.1 channel audio, 60-watt speakers with integrated Bixby functionality.
Interestingly, Samsung thinks that TV can be used more than just for content watching. According to Samsung, when Sero is not being used for content viewing, it can serve as a ‘digital photo frame’, a music visualizer or an attractive piece of furniture.

Samsung has not made it clear when will it launch Sero internationally, however, the tech giant is releasing the vertical TV in its home town, South Korea by the end of May with a starting price tag of around $1600 USD. Sero is an interesting idea that seems to be a matured concept. The sales of this new piece of tech will tell us whether it’s a breakthrough idea or just another experimented piece of concept.