Recently, COMSATS Institute has been the talk of the town due to the dual degree programme issue, students are worried that they might not have a bright future without the promised degrees, parents are troubled that they spent millions of rupees for a program that wasn’t worth it, university administration is in a panic mode because it is a PR disaster and winning hearts of younglings again will be a difficult matter altogether.

Pakistan is the 5th most populous country of the world with more than 70% of the population comprising of Youth. In order to tackle the education and literacy problems, we have seen new universities sprouting in different cities of the country. These universities are higher in number in big cities which is why a massive number of applicants for admissions are from out stations.

Just a couple of years ago at a family gathering, my cousin excitedly told me, “I have got admission at COMSATS for Computer Science, It is the highest ranked Computer Science Institute in Pakistan.”

Of course, I was not convinced because I had heard more of FAST, NUST, LUMS, UET and PU for Computer Sciences and here was my cousin telling me COMSATS ranked the best. I shrugged the thought and asked,

“How is COMSATS the best institute?”

He replied, “COMSATS is offering a dual degree program, at the end of 4 academic years, I will get two degrees; one of COMSATS and one of University of Lancaster — UK’s top institute.”

The conversation ended there although it felt weird because 2 degrees in 4 years doesn’t add up.

COMSATS couldn’t hold on to the promise of Dual Degree because the programme wasn’t approved by HEC, PEC and the Engineering council of UK. I wonder how does it even makes sense to give a student two degrees just because she has paid higher amount. This practice totally defies the purpose of a degree – which is a prestigious document to certify your skills – and creates a hostile environment in which the less privileged will not have access to two degrees just because they don’t have money to pay for it.

According to a reporter of a Dawn news, who has been keeping a track of the issue asserted that the university administration is already going into financial losses in billions and therefore, the demand of refunding the fee is not being considered.

The grievances that students carry is heart breaking because all of these students want equally good career prospects, may be, even better, because they paid too much as compared to other similar courses offered in the country.

In terms of career prospects, this is not a hopeless case, as time is changing, a major chunk of companies don’t require you to produce degree to offer you a job. You are not judged by a piece of paper but the experiences and learning that have been imparted to you in your university days.

On the other hand, if you are planning to study abroad or get a job, it’s going to be troublesome and you should have atleast one degree in hand.

I personally know many friends who are doing jobs at fields totally irrelevant of their course work. I have also known friends who couldn’t clear the degree but landed great jobs.

At the end of the day, everything boils down to you and how you sell yourself to your employers. I am in no way saying that forget about your degree. Of course, I am by your side when you say that what happened was unfair and you didn’t deserve it.

While the case is looming in local courts, I’d suggest you to start exploring opportunities till we hear an official word from court.

I am also by the side of parents who don’t deserve this kind of excuse after spending hard earned money on the child’s future. This also brings to light another issue that there is a lack of proper ranking mechanism for universities in Pakistan. A university is not ranked by the fees or the number of students it inducts. A university is known by the number of exceptional graduates it produces and how they deliver their expertise in market.

Next time your cousin, brother, sibling or anyone you know of, seeks your help for admission. It will be your responsibility to pass on the right information to them. Let us hope sanity prevails! 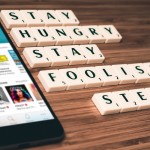 The genius homework behind Apple products