Government of Pakistan has rejected new projects from COMSATS Institute of Information Technology (CIIT) for the next fiscal year over allegations of massive irregularities, violation of hiring age limit and misuse of funds. Government has spent Rs. 8.2 billion on the development budget of the institute along with a recurring grant of Rs. 6.9 billion for the last 16 years. However, Government has not yet gained any value worth the expenditure especially in scientific innovation and research domain. A large sum of money has been spent on infrastructure and non-productive cultural tours or shows both in and out of the country.

CIIT has been established for over a decade now and considered 4th biggest institute in the country. The university has opened up campuses across the country enrolling more than 37,000 students. Surprisingly, it’s contribution towards IT research and export is yet to be seen, not to mention it has even failed to secure a rank among the top 500 universities globally.

Let us take a look into certain activities of the institute that has put its future in jeopardy.

The spokesperson from the university answered all of the questions from The News International but denied all the allegations. The university was not able to provide any solid evidence for any kind of innovation that proved to be helpful for Pakistan’s growing IT industry except that around 45 of the total 50 projects has been completed.

You can read more about the spokesperson response here. 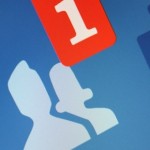