Slack allows users to DM anyone outside of their organization

Slack has officially launched the feature to allow users to direct message (DM) anyone. The feature, which was announced back in October, will allow Slack users to privately message people which operate outside of their respective organization or company.

This feature has been specifically designed for companies who are looking to work with partners or clients who do not operate internally within a company itself. Apart from just client, this feature can also be used to message friends who operate at other companies.

This new DM feature is a build-up on Slack’s work with Connect, which started appearing last year. Slack Connect is primarily designed to let businesses collaborate together through shared channels, and cross-organizational DMs are the next big part of Connect. DMs work by sending a special link to start a conversation and may require Slack admin approval depending on how your organization has set up Slack.

Users who have the paid version of Slack will be able to access Slack Connect DMs today. However, sooner or later, the company is planning to roll out this feature to new users as well. Apart from this new feature, Slack is working on a new way to link together multiple organizations to create a private business network. This feature will soon launch later this year and include unified directories, channel discovery, and shared apps. 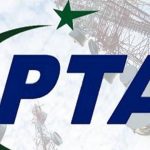