Sony is stepping up its smartphone camera game by working on what will be the world’s first ever 1-inch mobile camera sensor. Moreover, it is expected to make its debut this year in April as part of the Huawei P50 series.

According to leakster @RODENT950, Sony’s 1-inch IMX800 camera sensor will arrive in April 2021. In his tweet, he reveals that the sensor will appear in the Huawei P50 series which is expected to launch later this year.

In the tweet, he also reveals the camera configuration for the three P50 phones. The base model will have three cameras – the main sensor, an ultrawide angle camera, and a telephoto camera. The Huawei P50 Pro will also have three rear cameras but swap the telephoto camera for a periscope camera which should bring better zoom. The Huawei P50 Pro+ will have five cameras – the main sensor, ultrawide, telephoto, periscope, and ToF camera.

In a separate tweet, the leaker revealed that he expects Huawei will stick to a 50MP lens with an RYYB filter for the new sensor. We expect a return of features such as omnidirectional PDAF for autofocus.

The three phones are expected to enter mass production soon but there are reports they will launch later than their predecessors did last year. The P40 series was announced in late March and went on sale in early April. If the Sony sensor is going to be announced in April, then the Huawei P50 series can’t launch in March. 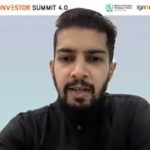