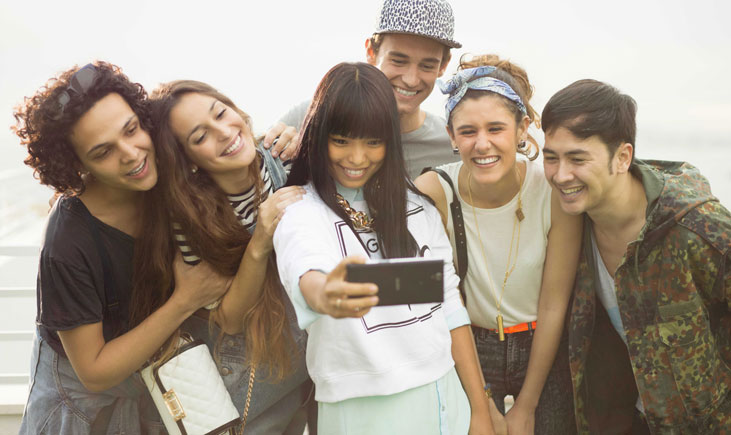 Self-portrait, or ‘Selfie’ is one of the noted internet buzzwords these days. Some abhor this trend, others make fun of it, but there’s still a huge number of people for whom taking occasional selfies all day long is just as normal as any other life routine. That’s exactly what Sony’s latest smartphone offering — the Xperia C3 — will try to exploit using its wide-angle front-facing camera which comes fully-loaded with a soft-tone LED flash and accompanying software features to capture the perfect selfie worthy of your Instagram feed. 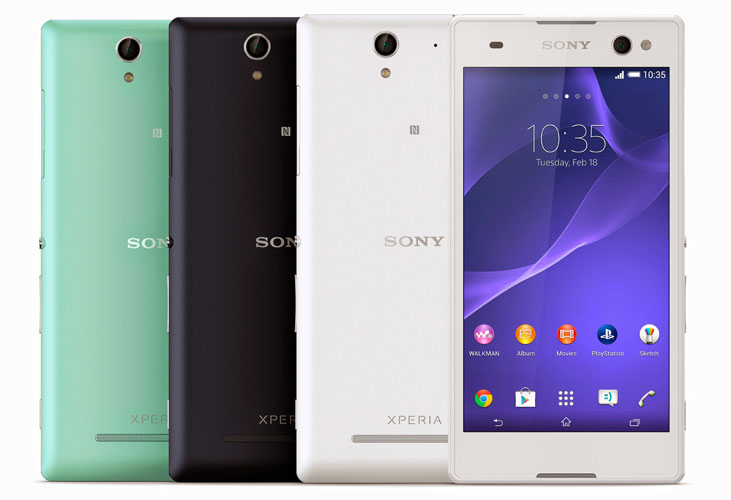 Sony Xperia C3 is a mid-range Android smartphone with an HD 5.5-inch, 720p (1280×720 px; ~267ppi) display. With dimensions of 156 x 78.5 x 7.6 mm, it might sound a little oversized for the display category but regular Sony smartphone users won’t mind much about it. It features Sony’s signature smartphone design in a 150-gram body that comes in White, Black and Mint color options.

Under the hood, one can find quad-core 1.2 GHz Qualcomm Snapdragon 400 processor coupled with Adreno 305 GPU, 1 GB of RAM and 8 GB of internal storage which can be expanded using microSD card. The package is powered by a 2,500 mAh battery with STAMINA Mode 3.0 enhancement to prolong the battery-life when the device is inactive.

Xperia C3’s primary camera is an 8 MP shooter with an Exmor RS sensor. The star of the show, however, is obviously the front camera. Sony likes to call C3 the ‘World’s Best Selfie Smartphone’, or ‘PROselfie Smartphone’ because of the front camera enhancements both on software and hardware side. The front camera has a resolution of 5 MP and it is supported by a soft-tone LED flash for better results in any lighting conditions. Front camera has a field-of-view of 80 degrees, thanks to its wide-angle lens that covers more area in front of it than any regular secondary camera.

Sony has also made capturing photos with Xperia C3 a bit easier. Users can simply double-tap the back-panel of the phone to capture the photo, or they can utilize Sony’s signature ‘Smile Shutter’ that automatically captures the photo when the subject in front of the camera is smiling. Smile Shutter can detect up to 5 faces for perfect selfie results.

Accompanying apps that come pre-loaded with the Xperia C3 to boost the Selfie-capturing experience include Portrait retouch, that can be used to give a treatment to up to the shot like adding DECO frames, a selection of make-up effects and natural looks, and eye sparkle etc. Make-up effects can be tweaked for up to 2 subjects in real-time, i.e. before taking the shot. AR mode is another app that can add augmented reality effects to the photos in real-time. Sony’s Superior Auto is also available for both front and primary cameras to automatically select the best settings for capturing the photo. Time-shift Burst captures 31 frames in 2 seconds and the user can then select the best one(s) from the lot. Social media integration for quick sharing is, of course, a must for a smartphone whose strongest suite is capturing selfies. 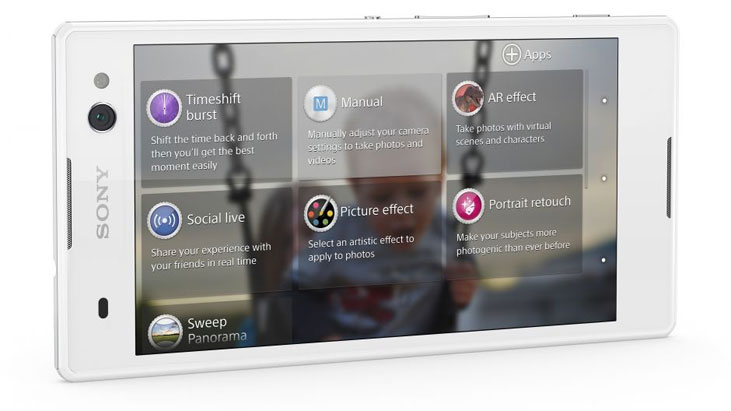 Xperia C3 will come with Android v4.4.2 KitKat and Sony Surround Sound technology. A-GPS with GLONASS, Bluetooth 4.0, NFC, microUSB 2 and 4G LTE + dual-SIM support are some other major specifications of the handset.

Sony Xperia C3 will be available starting August 2014 with China as the first launch market, following an expansion to other Asian and Western regions. Handset’s price has not been announced as of yet. 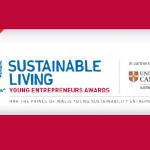