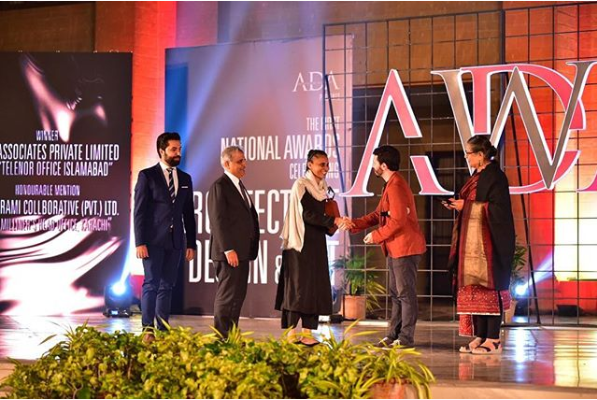 The state-of-the-art Telenor Pakistan Headquarters ‘345’ won the prestigious ‘ADA award’ under the category of ‘Amenity Commercial Buildings’. The building is located in the capital city, Islamabad.

The iconic campus is one of a kind and is particularly famous for its breathtaking architecture. The two amazing architects behind this architectural marvel, Yawar Jinali, and Mahboob Khan received the award at the ADA awards ceremony which was attended by the president of Pakistan, Mr. Arif Alvi and the Governor of Sindh, Imran Ismail. 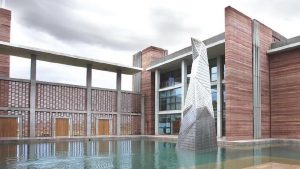 The architectural marvel is built on 15.5 acres of land, the iconic landmark building features its own water conservation system with recycling and rainwater harvesting, a renewable energy mechanism that uses 230 KW of solar energy. Furthermore, the design is highly energy efficient with active chilled beams, LED lights, thermal insulation, and occupancy sensors. The campus comes with workspace for over 1,300 people, 80 multi-rooms, 20 project rooms and 32 fully equipped meeting rooms.

ADA is Pakistan’s premier magazine for architecture, design, and art, the famous magazine is known for its publications for over a decade now. It is also known for its ADA awards, which are aimed at placing Pakistan in the global arena with works aligned towards international recognition.

previous
How to open an Easypaisa account?
random
next
Huawei launches a multi-mode chip designed for 5G
Trending Posts