Tesla has overtaken Toyota to become the most valuable car manufacturer In the world by market capitalization after its stock price hit $1000 for the first time on Wednesday. This comes after several positive indicators for the company including news of a ‘million mile’ battery breakthrough by the company and its suppliers. Tesla’s new car sales in China are also on the rise, with a 150% month on month rise in May. Tesla shares hitting the $1000 mark represents a colossal 360% gain over the last 12 months as the company went from strength to strength.

Another factor is Tesla CEO Elon Musk’s decision to reopen factories last month despite the ongoing coronavirus situation. While this may have had a positive impact on stock price, it has led to at least six Tesla employees contracting COVID-19. Musk argued against a forced lockdown, calling it unconstitutional and fascist. Tesla even sued Alameda County, where one of its factories is located, over enforcing lockdown and stay-at-home restriction before dropping the lawsuit after local officials allowed the factory to reopen.

Despite the company’s recent successes and general upward trajectory, Wall Street firms like Goldman Sachs and Morgan Stanley are not buying into the $1000 valuation of Tesla’s stock. While general long-term sentiments about the company’s stock remains positive, analysts on Wall Street believe the current price of the stock does not take into account ever increasing competition in the electric car market. Well established auto manufacturers, as well as new startups have been gunning for Tesla’s market share for a while now and they seem closer than ever. 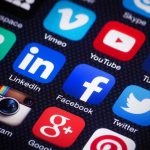