The first 512GB microSD card is arriving next month

The UK-based company Integral Memory is going to set a new record in storage capacity of microSD cards. A new microSD card with the storage of 512GB will be compatible with smartphones, tablets and other devices.

In a press release, the Marketing Manager of Integral Memory, James Danton explained that there is the need to extend the storage capacity in order to provide the greater experience to the users.

“Consumers have been clear in their call for increased storage, as mobile devices have become essential to many in everyday life. As a company, we are very proud to be the first to achieve the 512GB capacity milestone in microSDXC, worldwide”.

MicroSD card is an external removable memory card that is used in a variety of electronic devices for storing information. The microSD card enables the user to create, store and share more photos, videos and to download music and other application. This half a terabyte microSD card has the largest storage capacity till now-without the worry of running out of storage space.

The official date of the 512GB microSD card hasn’t been announced yet, but it will be going to launch in next month with an undisclosed price. 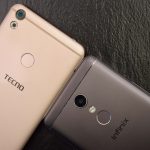 Tecno Mobile could merge with Infinix Mobile in Pakistan