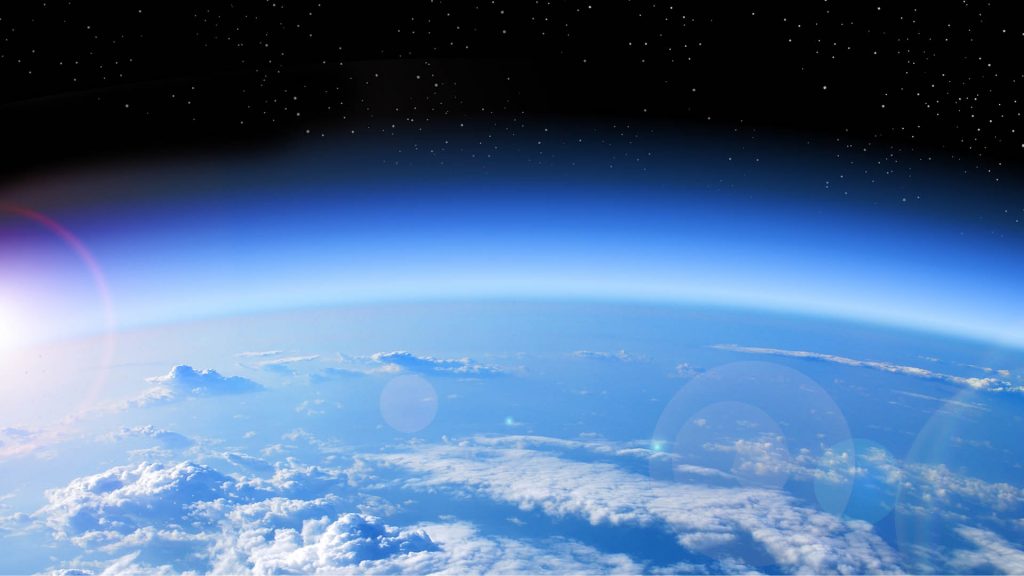 As the whole world is forced into lockdown and soot-producing factories and vehicles have come to a halt, scientists can’t help but investigate the impact this is having on The Ozone Layer of our planet.

The Ozone is a protective layer made of mainly O3 particles found approximately 20 to 30 kilometres above the Earth’s surface. It protects our planet from harmful UV radiation coming from the Sun; these rays help increase the overall temperature of our planet, causing global warming, and are carcinogenic (cancer-causing agents).

In 1987, 197 countries came together and banned the use of chemical compounds known as CFC’s, or Chlorofluorocarbons, in what began to be called the Montreal Protocol. This compound was used in aerosol containers and refrigerator coolants up until then and was found to be lethal to the ozone layer. Over thirty years later, the effect of the Montreal Protocol is becoming more and more apparent. 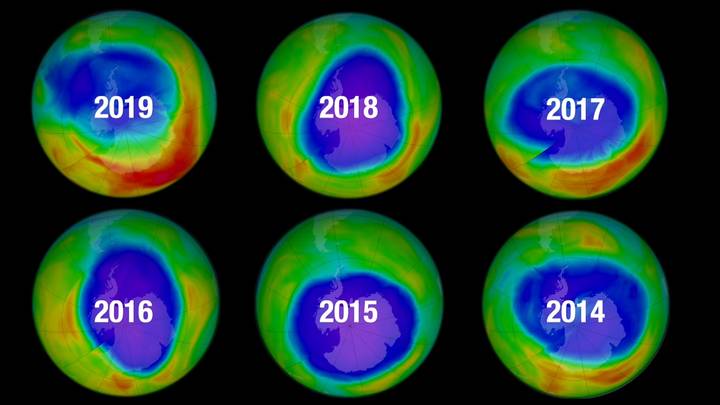 In the picture above, the blue and purple areas represent the hole in the ozone layer caused by CFC’s over time. The picture shows us how the hole has been getting smaller and smaller over the last six years. A study conducted in the University of Colorado Boulder in 2020 shows that the Ozone hole is at its smallest it has ever been since it was discovered in the 1980s.

This is, however, not as a result of the ongoing worldwide lockdown and the empty streets, but rather a gradual effect that has been taking place since 1987. In saying that, the soot-producing factories being shut down and less outdoor human activity does help keep large amounts of harmful gases away from the Ozone and the stratosphere, which, according to the study, certainly does help us in the fight against Global Warming.

The lead author of the study made it a point to mention that this doesn’t mean all the Earth’s ozone-related problems are solved. “We term this a ‘pause’ because the pole-ward circulation trends might resume, stay flat, or reverse,” said Antara Banerjee, the lead author. “It’s the tug of war between the opposing effects of ozone recovery and rising greenhouse gases that will determine future trends.”

Reports from the UN have predicted that if all goes according to plan and greenhouse emissions are kept in check, the Antarctic Ozone hole could completely heal by the year 2060. 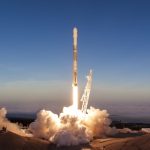