A number of scientists from Tel-Aviv University have created a neural network that analyzes a recipe and it is then capable of generating an image of what the finished product would look like. The team consists of Ori Bar El, Ori Licht, and Netanel Yosephian who created a generative adversarial network which scans recipes from recipe1M dataset created by MIT researchers.

What exactly is a neural network you may ask? It is a software modeled on the basis of human brains and it is framework consisting of various machine learning algorithms which are applied to complex data inputs to conceive a result. Basically, these systems learn by examples and they don’t need any specific instructions to get started.

Given below, is an image showing a comparison between real food and what was created by the AI:

It is almost impossible to distinguish which food is real or which has been generated by the computer. The research is in the early stages and the dataset they used has a lot of blurry, low-quality images. They plan to change the dataset and run it to another 350k more images to make the system even smarter.

You can read the white paper here. 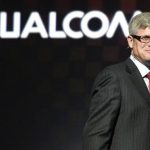