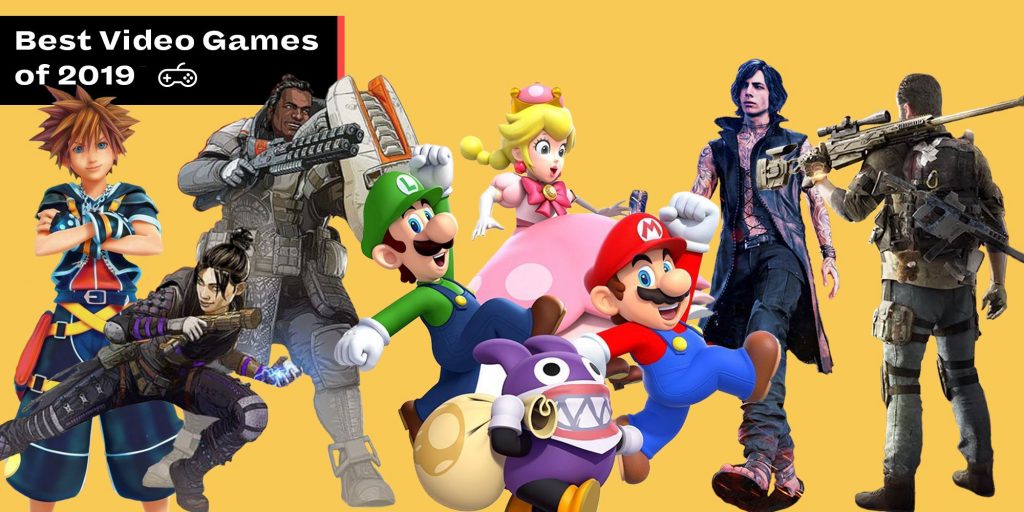 All things considered, 2019 hasn’t been an eventful year for gaming. The E3 didn’t reveal many big titles and big names seem to be holding back on announcing new video games. Even so, the top 10 video games of 2019 are a blast to experience.

We have included games all across the board across all consoles. Additionally, all the video games listed write released in 2019 and are available in Pakistan. We also have some reviews from over at techacker.net, be sure to check them out. 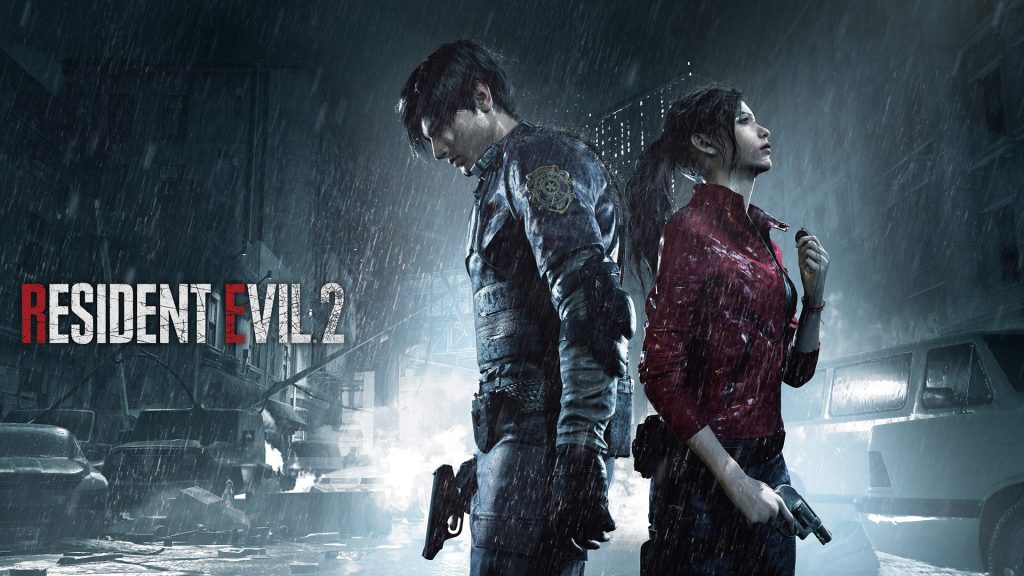 The top spot has to go to the Resident Evil 2 remake. But nostalgia is not the only thing that’s put it there. It is the game’s ability to re-capture the old all the while making it relevant to a new generation of gamers who haven’t played the original. The game is a true remake of 1998 original except for accessibility changes. Camera angles are no longer fixed and graphics are top notch.

You step into the shoes of two iconic characters, Leon and Claire who are working to unravel the mysteries of the Zombie epidemic. It is a survival horror video game that takes place in the fictional Raccoon City. It also involves shooting and requires players to be economical with the bullets.

There is a thrill to playing Resident Evil 2 alone at night with headphones, every creak and shriek keeps you on edge. 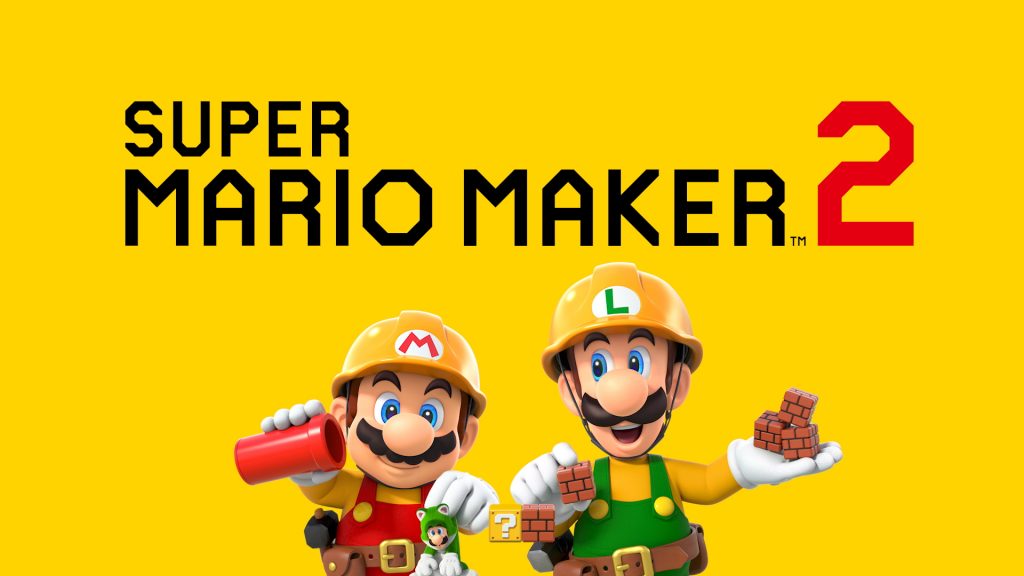 Super Mario Maker 2 may not be the next Minecraft, but it is trying to replace Minecraft. There are a ton of possibilities in the game. Compared to Minecraft, the scope is a little narrower, but that hasn’t stopped players from building a working calculator that can add numbers up to seven!

The game is a must-have for any Mario fan. Super Mario Maker 2 features components from all the previous games. This means you can mix and match looks from several different Mario games. In local multiplayer, two players can even work together on building their course.

The game is a breath of fresh air for all the Nintendo Switch owners, following the critically acclaimed Legend of Zelda: Breath of the Wild. 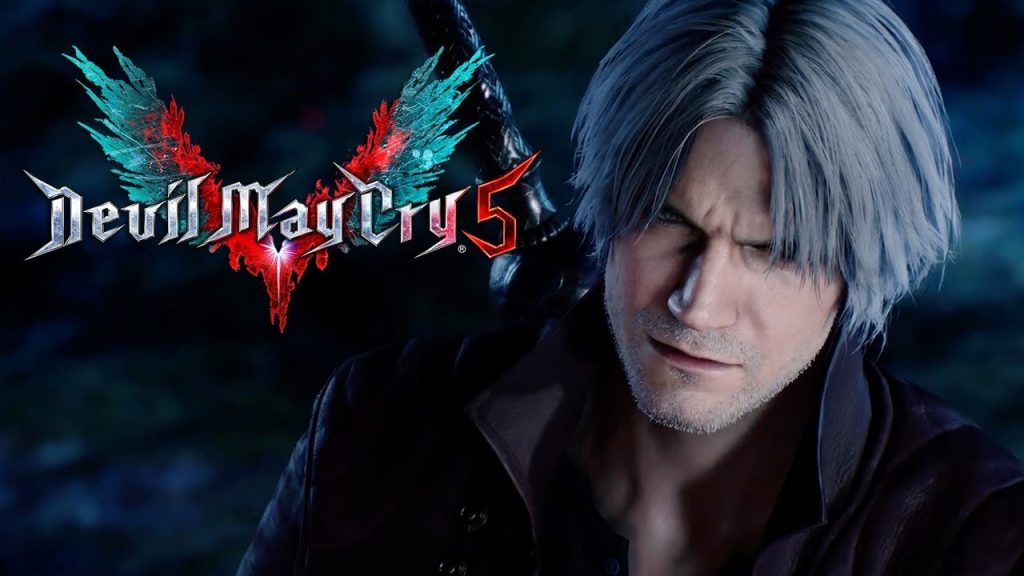 The most stylish franchise is back after a long time, and its back with a bang. Devil May Cry 5 is the ultimate video game in the series that also serves as an end to the DMC storyline. But it is the gameplay which makes this game truly fun to play.

So you are battling hordes of demons, performing sick moves and combos, the more fluid you are, the more fluid the music gets. The music actually changes depending on your performance. A novel feature for the DMC series in this game is that three of the characters are playable.

In Devil May Cry 5, each of the characters have their own moves, combos, and skills. They are also different in play-style and complexity. 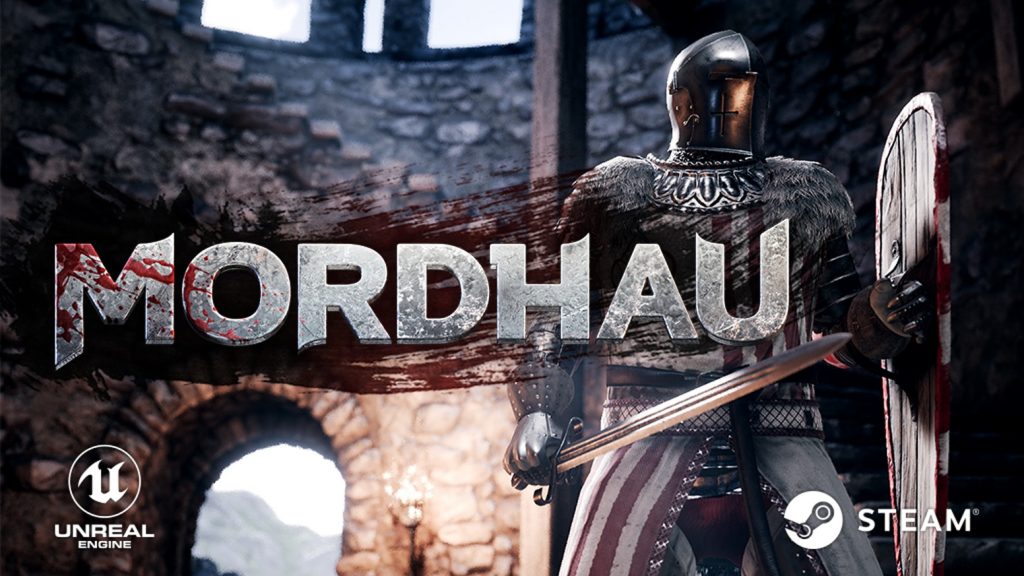 If you want to feel as if you’re in Game of Thrones then Mordhau is the best game out there. It takes a bit of imagination but you could easily be a Stark soldier fighting on the frontlines.

The combat is amazing and realistic. Every move, every action can have a deadly consequence as you face off enemies who are watching your every move. For instance, if two players in a sword duel would be constantly looking for an opening in the defenses.

There is an arsenal of medieval weaponry, from spears, staves, battleaxes, pikes, mauls, bows, and of course, swords. There is also a Battle Royale game mode which is a blast to play and a nice change of pace from PUBG and Fortnite.

Sekiro comes from the makers of the famous Dark Souls series. It was created as a departure to something new. Although the new game inherits its difficulty for which the Dark Souls series is known for and also boss battles. The story’s setting is inspired by Japan and has strong references to Buddhist mythology.

Unlike the Souls series, there is a fixed main character. Another striking difference in the combat is that instead of slowing bringing down enemy health, players attack to make weak points which eventually unlocks finishing the enemy off in one killing blow. 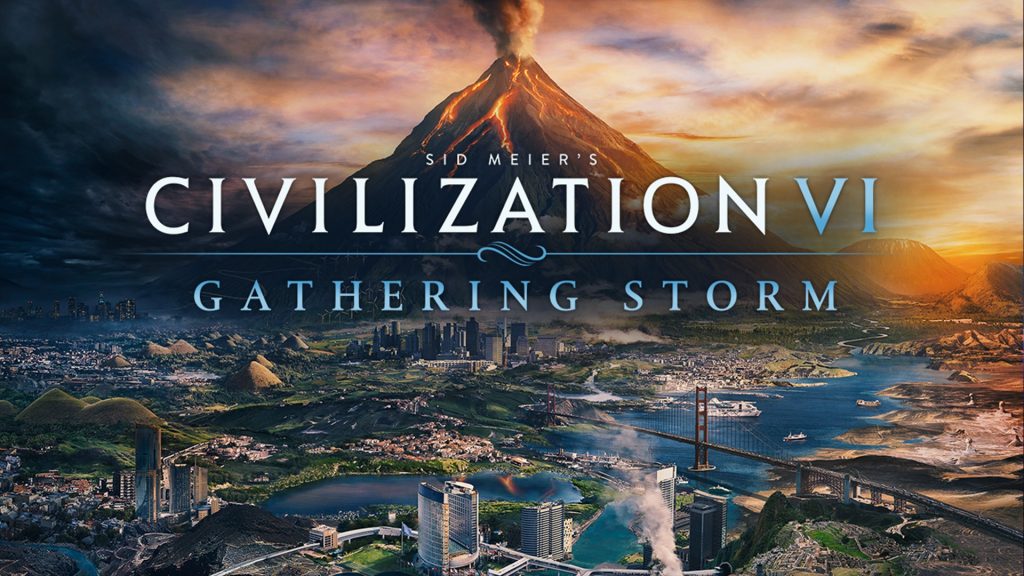 To be clear, the Gathering Storm is not a new video game but a DLC for the 2016 Civilization 6. However, the gameplay changes it brings makes it eligible to be called a new video game in its own right. The changes mean that every campaign has even more challenges and another new aspect to consider and that is Global Warming.

Civilization 6: Gathering Storm does an excellent job of showing the consequences of neglecting climate change. There are all-new disasters implemented into the game which include volcanoes, flooding, and famines to list a few. All of these are a very real consequence of global warming. 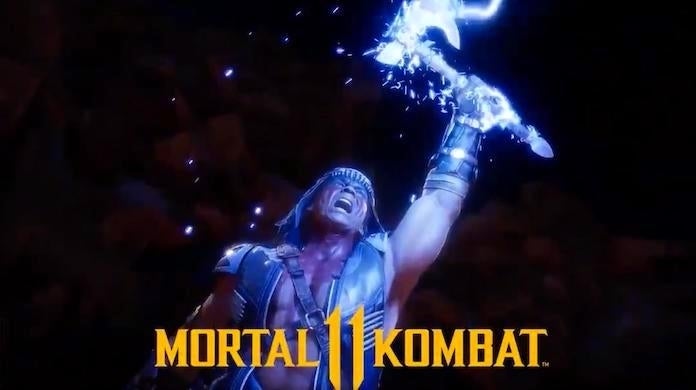 Mortal Kombat 11 is the best fighting game out there. Its all about punching and kicking and slashing your opponent until you get the K.O. Sure the main story and campaign are not that fun, where the game truly shines is local multiplayer. There is nothing like you playing against your siblings and dishing out damage like a maniac.

The roster of fighters is carried over from the previous installment along with some new additions. Each character has unique play-style and moves and even variations within a character which gives more options. Although players do need to invest a lot of time in order to unlock cosmetic options. Also, the microtransactions really put you off.

It’s really discouraging to see items that have to be purchased with real money even after you paid for the whole game. But at the end of the day, it is a satisfying game. 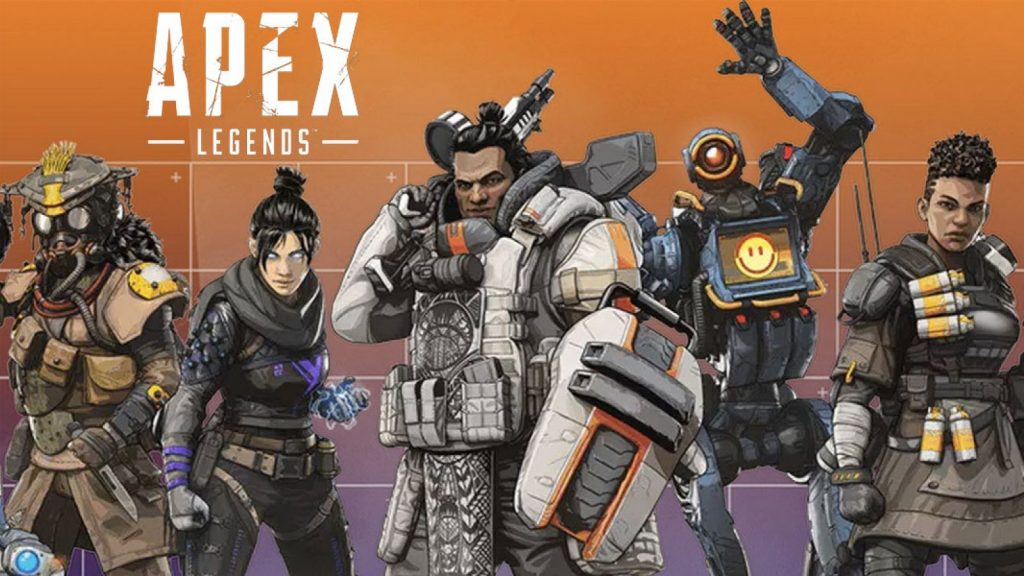 Apex Legends is a fresh new take on the Battle Royale genre. Sure it may not be as unique as the aforementioned Mordhau, but still it does brings some interesting new things into the mix.

What Fortnite did was simply take Minecraft and merge it into a Battle Royale. The developers of Apex Legends did something similar, they took Overwatch and merged it into a new game. And it worked out pretty well. Instead of player made characters, the game features a roster of unique characters, each with distinctive abilities and cosmetics.

Moreover, it makes playing with teams more intuitive. There are synergies across different characters that when deployed correctly unleashes powerful moves. The game was an instant hit, it had 50 million active players in the first month. 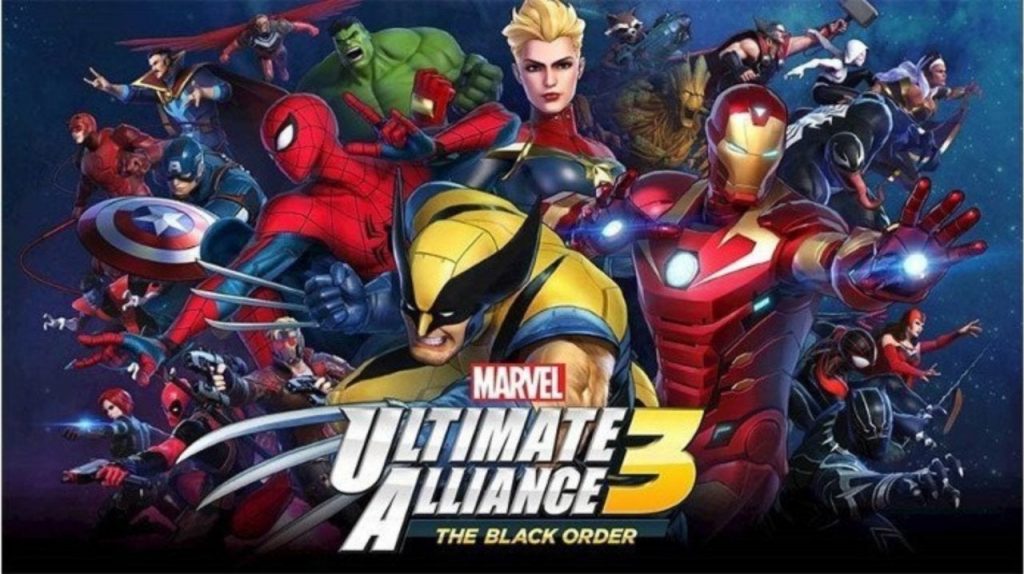 Still looking for Marvel superheroes after Avengers Endgame? Then this is the perfect game to fill that void.

The video game follows a similar overall plotline as its movie counterpart. One good difference is that all of Marvel’s major characters are starring. Unlike in the cinema world, these characters are split into various movie firms.

You get to choose your favorite character and connect with other players to form a team of four and complete missions. It is basically a cooperative multiplayer game where players work together to progress through the game and this can be done both locally and online. 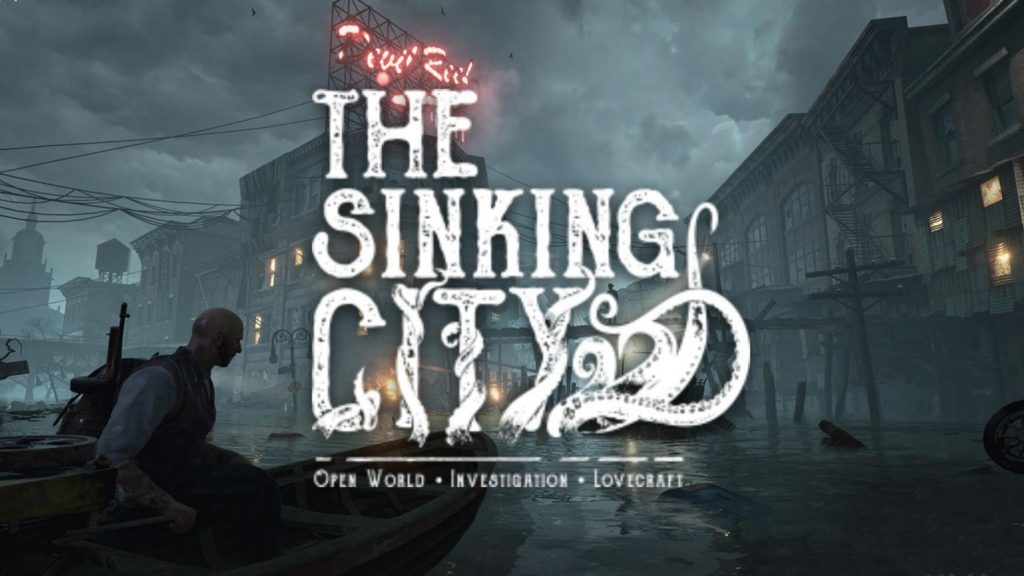 The Sinking City was not received well by most critics. It’s a weird game. The setting is dark, dank and eerie. But all that aside, you do get to be a Detective in a flooded city looking to find answers. There are also some very difficult moral decisions to make in the game. However, you don’t get to see most of the effects you’d think a decision would have.

The Sinking City isn’t a great game, but if you are looking for an atmospheric game that involves solving mysteries with a supernatural element, then this game might be for you. 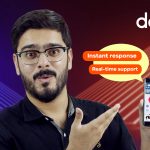