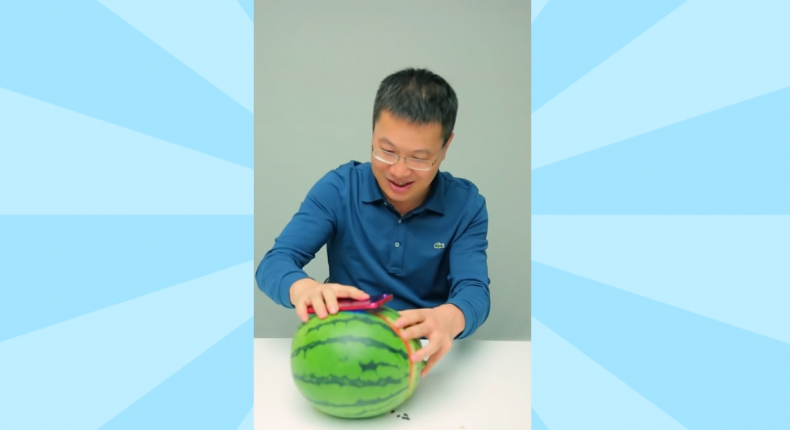 Xiaomi is known for offering great hardware for the affordable price. The Redmi Note 7 is no different. Retailing at $150 it packs in a 48MP, a 4000 mAh battery and a large 6.3-inch LCD display.

While traditionally Redmi line’s marketing has revolved around providing great value, their campaign for Redmi Note 7 is taking a new angle. This time they are hoping to generate interest by not just shear specs and price, but by how durable the new phone.

A video shows Redmi’s CEO, Lu Weibing, literally breaking a watermelon into two pieces by smashing a Redmi Note 7 facedown on it. While the video shows how durable Gorilla glass 5 is on the Note 7, it is indeed quite a hilarious way to show.

Xiaomi didn’t stop there. They dropped pineapples on it, used it as a cutting board and even made people jump on it. Some believe that the videos are fake and that it’s simply not possible to have a watermelon split like that. While we cannot confirm the claims, we do trust Redmi’s CEO who personally demonstrated its durability.

Phones have now become extremely fragile, breaking from a simple fall and the Redmi Note 7 is indeed a breath of fresh air. The durability demonstrated is overkill but it does make us reminiscent the good old days of Nokia 3310.

previous
Do Pakistanis have a white saviour complex? A stand-up comedian tries to find out with a fake Twitter account
random
next
Anthem's Demo is different from the game, says Bioware
Trending Posts