It turns out that Facebook is all set to make its messaging app, WhatsApp, into a monetizing platform. This might be another step which the social media company is taking to generate more revenue. Previously, the company announced that it will launch home screen ads on Messenger across the globe to diversify its revenue base and ad platform. WhatsApp announced that it will be charging large enterprises/businesses for tools and features which it will provide to them so that they can communicate better with their customers.

“We want to put a basic foundation in place to allow people to message businesses and for them to get the responses that they want,” Idema said, WhatsApp’s Chief Operating Officer. “We do intend on charging businesses in the future.”

Moreover, the company is also planning to give a free app to small or medium sized businesses. However, no exact details regarding the app have been disclosed by WhatsApp.

This is not a sudden announcement by the company as it has been testing its verified account feature for businesses for more than a week now to let enterprises communicate easily with consumers. The new feature will offer businesses a green tick badge to indicate that this is a verified business account.

It would be worth mentioning here that when Facebook acquired WhatsApp back in 2014 it abolished its $0.99 sign-up fee to give its users a sigh of relief. However, it seems that now Facebook is gearing up to monetize its WhatsApp platform which has 1.3 billion monthly users and 1 billion daily users. With this massive user following the idea behind this scheme could be, as mentioned above, to generate more revenue and to diversify its revenue platforms. 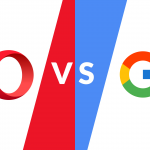