It is to be noted that the feature requires the use of a USB-C cable which is connected to both the iPhone and the Android phone. Once connected, you will be promoted with the initial setup on the Android phone which will ask you to scan a QR code on the iPhone. After scanning the QR code, WhatsApp will then move your chats, media, and documents to your Android phone.

After the data has been transferred, the iPhone will no longer receive any data from WhatsApp and all data would be redirected to your Android phone. 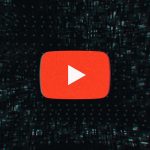