The CEO of WhatsApp, Inc. – Jan Koum – took the stage today at Mobile World Congress at the company’s press conference event and made some major announcements regarding the mobile application’s growth and future plans. These announcements come merely a week following Facebook’s bombshell acquisition of WhatsApp Inc. for $19 billion, and it is Koum’s first public appearance after the event as well.

Chief announcement of the day from the CEO was about future plans of WhatsApp: The company wishes to add voice communication support for its users and it plans to do it by this summer. It means that 465 million+ users will be able to enjoy proper voice chat services from WhatsApp by early Q3, 2014. How exactly will the approach be implemented is still not known, however. WhatsApp already lets the users send voice clippings to their contacts but it’s not the ideal–or as some would say–“proper” way to do that. WhatsApp could follow Skype’s operating technique to offer regular and premium subscription plans or keep the service free altogether; details are scarce, but keeping in view the backing from Facebook, WhatsApp is expected to make a good deal of impact in the field of OTT communication service providers.

The only details added by the CEO were regarding bandwidth-efficient techniques that the company plans to follow. He said: “We use the least amount of bandwidth and we use the hell out of it, we will focus on simplicity.” Voice communication will be fast-tracked for Android and iOS platform and the support for some Windows Phone and Blackberry handsets will then follow.

Additionally, Jan Koum announced that WhatsApp now serves 465 million active users per month and 330 million of them daily — a figure that, when compared to 400 million monthly active users back in December 2013 and 460 million at the event of Facebook’s acquisition, proves the massive growth that the popular messaging application has been undertaking these days. Moreover, the traffic volume of WhatsApp messages has grown past 50 billion per day, a number that puts daily SMS traffic volume to shame by a good half. “We couldn’t be more humbled by our growth,” added the CEO, Jan Koum, at the event. 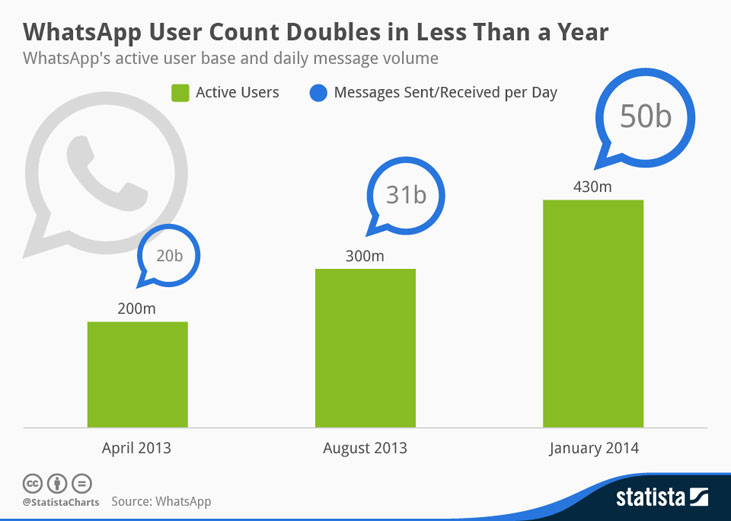 With such immense growth, plans to add more services, and backing from a giant like Facebook, WhatsApp is likely to become a dominant force in its own right; and other similar service providers, like KakaoTalk and BBM, would have to take their efforts seriously or fear a wipe-out like Facebook did with other social networks (R.I.P. MySpace, Orkut).

What do you expect from WhatsApp’s voice communication services, and are you excited about this announcement? Do tell us in the comments below! 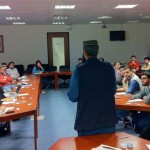