Jazz, one of the largest telecom companies in Pakistan, is stepping into the ride-hailing business with the launch of its new service named mLift.

Details about the service

mLift, although is aiming to compete against services like Uber and Careem, it works a little bit differently than those services. mLift does not need any internet connection to work. Here’s how a rider will order a ride using mLift:

Main differences between mLift and other service providers

Ride-hailing and ride sharing is becoming a bigger market in Pakistan with each passing day. Both Uber and Careem have some faced some key issues due to their business model. Both are currently in thin waters with the authorities due to non-compliance with some existing business practices. They have also faced a lot of opposition from local transportation services whose business is suffering at the hands of these ride-sharing services. Another huge bottleneck is the non-availability of internet connection to a significant portion of Pakistan’s population.

mLift, supposedly, is going to counter all these issues by following a different business model. mLift will take existing transporters on board and will be able to quickly expand their services in areas where they have cellular connectivity (which is nearly the entire Pakistan).

There are, however, some key aspects where it will fall short of ride-sharing services like Uber and Careem. Firstly it doesn’t solve the headache of having to haggle before getting on a ride. Customers who are used to ordering an Uber, going to their destination, and just paying the calculated amount will have trouble going back to this primitive business model. Secondly, it doesn’t seem to offer any security benefits like ride-tracking as of yet. This may change in future but currently, there is no mention of this critical feature.

Jazz is launching mLift in Rawalpindi and Islamabad as a start and will expand to new areas in near future. 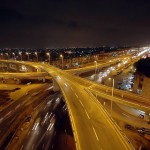