Successfully, the first series of flights have been completed by a Regent’s electric seaglider. Through this, she proved that she is capable of carrying out her “Float-foil-fly” mission, a new era of maritime mobility.

Regent’s electric seaglider has completed the first series of flights-making it the first craft to take off from a controlled hydrofoil to wing-borne flight.

Recently, a video of Regent’s innovative Seaglider prototype in flight testing is released. The machine offers breakthrough speed and range in coastal locations. The machine is developed to combine the efficiency advantages of ground effect and hydro-foiling in a single design.

Though in the past, wing-in-ground effect (WIG) aircraft like the Soviet-era Ekranoplan previously showed promise, but have not taken off as a regular mode of transportation.It is designed by keeping all the modern things in mind, the air cushion between the wings and the surface gives these low-flying birds a significant lift and efficiency gain over ordinary planes flying higher in the air as long as they stay within their wingspan of the surface below.

Whereas due to the strict height restriction,ground-effect aircraft could fly over land, but doing so would be extremely dangerous for routine operations. As a result, they usually stay near water.

In a press release, Mike Klinker, Regent co-founder mad CTO said that “People have been attempting to make wing-in-ground effect vehicles viable for 60 years, and in 15 months we have gone from a drawing on a napkin to the first successful flight”.

I’m excited to announce that REGENT has taken flight! 🛫

We combined the benefits from ground effect flight, distributed electric propulsion, and hydrofoiling into a single platform: the seaglider

Which will massively improve convenience & affordability of regional travel

Whereas, the economics of these machines have been less attractive but it’s electrification could be the game changer. Whereas, it’s the battery is not much efficient, therefore, the boats cannot travel for long distances via the challenging medium of water.

Moreover, past experience with early electric aircraft also had some issues regarding passenger’s capacity. When Regent considered this, it became clear that, when combined with more modern technology, the old ground-effect vehicle’s efficiency could provide a competitive advantage.

Furthermore, this machine has advanced at a surprisingly rapid pace. A sketch at the back of the napkin was turned into a flying quarter-scale aeroplane and $7 billion in sales in just 15 months.

The V-shaped Regent’s seaglider, travels comfortably above the water’s surface by lifting the cabin out of the waves. Considerably, it lowers down it’s drag, which lowers the energy required to push through the water.

The shape of the hull also greatly reduces drag and thus the energy required to push through the water, requiring far less energy to achieve takeoff speed for wing-borne flight. When the aircraft is lifted out of the water, the hydrofoils fold away and the aircraft descends for landing. 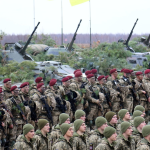