According to a recent leak, Xiaomi has been working on a new Mi Band, called the Mi Band X, which will be rock a 360-degree flexible display. The leak came from the company’s own presentation which showed one of the employees of the company mentioning the upcoming features for the Mi Band and how it will be like.

According to the slide which has been translated by a machine states that the Mi Band X will have a flexible display that will wrap around the user’s wrist. In a nutshell, this Mi Band will have on the strap but will cover the entire wrist and will utilize a magnet to snap around the wrist.

Moreover, the new band will be more convenient to wear and will have an extremely light and thin design overall. At launch, the new band is set to only have a black color version.

Due to its unique design, it is to be noted that the Mi Band X will be more expensive than the average Mi band. 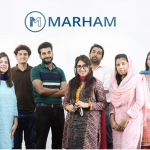