How to secure your WhatsApp from viruses

A simple missed call on WhatsApp can infect your phone with advanced spying software.

Facebook-owned messaging app — WhatsApp has recently said that it has patched a vulnerability that could install spyware in your phone through a missed call. The company has also affirmed that only a handful of users were targeted by an “advanced cyber actor.”

Global news media outlets, including the Financial Times and TechCrunch, have confirmed that the spyware that attacked WhatsApp users is a product of Israel’s NSO group. The group is famous for its software dubbed “Pegasus”, which it sells to the governments to hack smartphones and activate their cameras and mics, collect location information and send out emails and texts.

WhatsApp was reportedly working on finding and fixing the issue since last week, but no one is sure of exactly how many phones were targeted in the hack. Meanwhile, according to a company’s statement, the number was at least in dozens. WhatsApp without naming any organization did confirm that the attack had all the hallmarks of a private company known to work with governments to infect phones.

A security firm which identified the flaw in WhatsApp detailed that their “team was putting some additional security enhancements to our voice calls.” Its engineers found that affected users “might get one or two calls from a number that is not familiar to them. In the process of calling, this code gets shipped.”

How to secure your phone

To secure your phone, you just simply need to update your WhatsApp to the latest version of the app which has patched this vulnerability. Moreover, you may also need to update your phone’s OS with the latest security patch in order to be more secure. Meanwhile, WhatsApp is also urging its 1.5 billion global users to update the app immediately to close the security loophole. As affirmed by a WhatsApp’s spokesperson in a statement;

“WhatsApp encourages people to upgrade to the latest version of our app, as well as keep their mobile operating system up to date, to protect against potential targeted exploits designed to compromise information stored on mobile devices.” 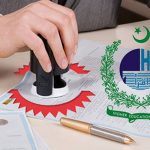