10 things I hate about Android 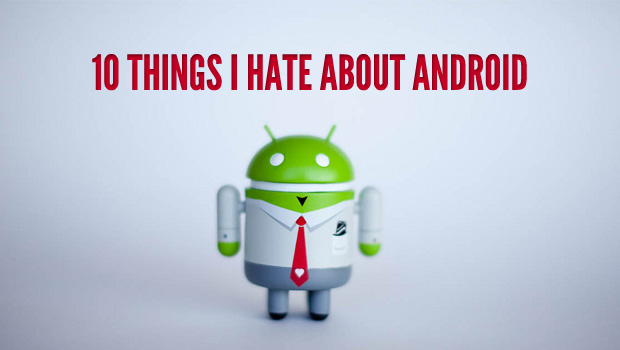 I have been using Android Phones for a long time now, despite the fact that I am a ‘fandroid’ and love Android Phones from my heart and soul. There are a lot of things in Android that needs improvement/replacement in my point of view. People love to hear about the pros but let’s take out a minute and discuss the cons.

Everybody would agree that Android’s User Interface is highly inspired from Apple’s iOS. Users that switch to Android from iOS finds it highly disappointing and frustrating due to the lack of animations and the whole experience is a sluggish and very slow.
Android looked like an ugly version of iOS till the Gingerbread update. Post the Gingerbread update the OS got better, but still the User Interface is not uniform. I am using Note for one year but I havn’t yet figured out the ‘Back; button of the device. In some applications it closes the app and in some apps it opens up the last viewed screen from the stack.

Another problem is the uniformity in the UI, even if you compare the google powered applications, you would see 180 degree difference in their UI’s. Some applications are using the Action Bar, others are using separate Menus. One thing more that irritates me highly is there are no set of rules defined for designing the icon of the applications. Different applications have different sized icons that makes the screen look cluttered and ugly.

Plus, the user experience of Android OS is not really good in the sense the animations are boring and in absence of these; it looks like that it takes ages when you open, close some applications, the transitions between applications is not smooth and flow y, even after the latest Jelly Bean update my views aren’t changed.

This is the biggest problem with the Android OS! It crashes all the time and at moments you least expect it. Android OS has matured in many ways over the last few years but this problem is still here. Force Closes and Crashes freezes the whole experience and either you have to force close the app from Task Manager or you have to restart your device. And this is not a problem with the single android device, each and every device has this problem, post the Gingerbread update my devices crashes more often and at random moments.
Google really needs to look into this problem.

Another serious problem with Android OS is the Fragmentation, more than 75% mobile phones currently doesn’t have the latest Android OS. This is quite frustrating, You spend your hard earned money to buy a device and after two months you get to know that your device is now obsolete – This is highly unacceptable. To top it off, even if your device will get the newly released OS, you will have to wait for at least 6 months so that the vendors could customize the pure android OS for their specific skins that are built on top of it.

This is the problem with all the smartphones these days, You use your device for sometime and BAAMMM!! all the battery is gone. But there are some exceptions with the Android OS. The are a lot of buggy apps out there that keeps running in the background and eat up the device’s battery. So every now and then, I have to kill all the running apps from the task manager. Plus, to keep the phone alive for at least one business day, I have to bring the brightness down, turn off the WIFI/Data and GPS, in fact most of the times my phone is in Battery Saver Mode. My question to all the Vendors is: Y U NO CREATE BIG BATTERIES !!!!

Another problem with Android are the viruses that spring out from the applications. All of the smartphone OS are prone to viruses but Android due to no significant control over the apps gets the most viruses. There are some good antivirus applications out there that will make the device virus free. But at first place, why do these viruses exist. Google needs to put a check on every application that they approve for the marketplace to get hold of this problem.

Why can’t Android design something unique on their own, why they always take cue from iOS. I strongly dislike the Grid view of applications in Android – they should come up with something different and innovative, like Microsoft has beautiful responsive Tiles!

IPhone, Lumia’s are very beautiful hardware devices that complement their respective Operating systems. But it’s not the case with Android Phones, I haven’t yet found a single android phone that doesn’t feel cheap and plastic like. The whole package should be good – Hardware and Software. As Steve Jobs once said: ‘People who are really serious about software should make their own hardware’
I am also not really a fan of Google Powered Nexus Devices! I think they look cheap and have no personality.

10 – Sense of something Missing, Lack of Innovation

Despite of the fact that Android is a pretty accomplished platform – I always have this strange feeling that something is missing – may be a feature that is exclusive to this OS! Whenever the new iPhone comes it is marketed with the new features it has. But with Android phone we get to see these super sexy models, lots of music, stupid drama, stories and emotional scenes. If the device is not good – it doesn’t have any new features, nobody is going to buy it. Period!! 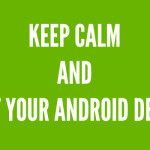