In a game-changing development, SECP on Tuesday announced that its reforms for ease of doing business have led to the registration of 2,257 new companies translating to corporate growth of 39% in February. A press release by the SECP also stated that 99% of the companies were incorporated online, of whom 30% of applicants got their registration certificates the same day. 175 foreign users also registered from overseas.

Reforms for ease of doing business led to 39% corporate growth in February. SECP registered 2,257 new companies in Feb. 99% of these were incorporated online; 30% applicants were issued registration certificates same day, while 175 foreign users were registered from overseas. pic.twitter.com/C1as2IJPxF

The total number of registered companies has risen to 137,054, the press release further stated.

765 companies were registered in Islamabad, followed by 634 in Lahore and 361 companies in Karachi.  The companies have investors from across the globe, including the UK, United States, UAE, Canada, China, Germany, Hong Kong, Korea South, Kuwait, Saudi Arabia, and Turkey.

According to the SECP, the unprecedented growth is the result of various measures taken by the institution. Some of these measures include introducing a simplified process for name reservation and incorporation, reduction of fees, online payments, issuance of digital registration certificates, and incorporation assistance by the newly established Business Centre.
Read More: SECP’s startup portal encourages technology innovation in Pakistan.
SECP Startups 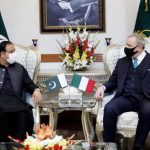