An annual publication by Quacquarelli Symonds (QS) of the best universities around the world has revealed its top 800 rankings for the year 2015-16, including five universities from Pakistan.

The 2015-2016 issue of the international QS World University Rankings has been published and a total of five prestigious universities from Pakistan have managed to make it to the top 800 list in the overall ranking.

The rankings can be further split according to faculty areas including the 400 top universities in five faculty areas but only National University of Technology (NUST), ranked at 340, managed to be included in the “Engineering and Technology” category.

QS World University Rankings is an annual publication comprising the global overall and subject rankings and is known as one of the most widely read university rankings around the globe. The rankings are evaluated based on Academic reputation, Employer reputation, Student-to-faculty ratio, citations per faculty, international faculty ratio and international student ratio (full criteria). 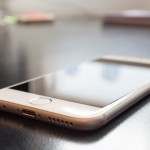