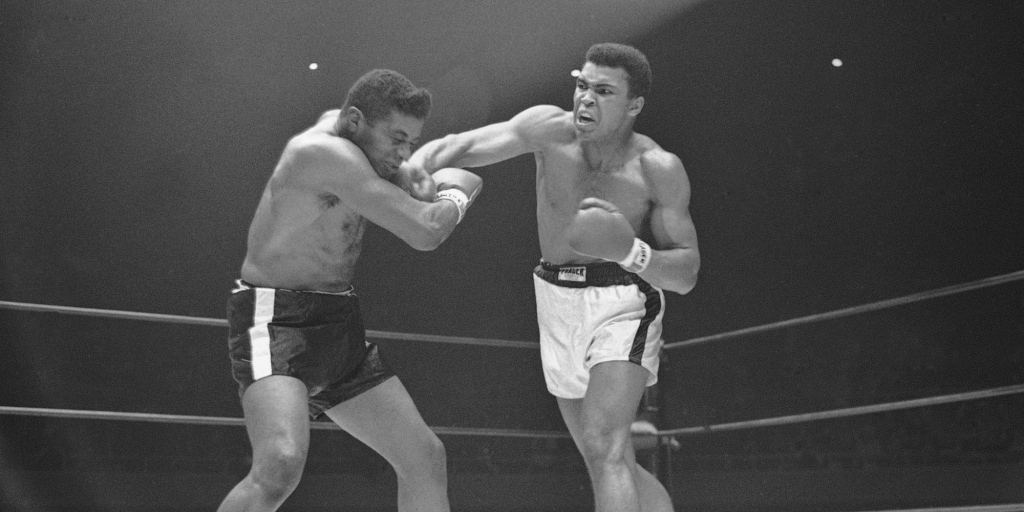 Google “Black Superman” and guess what the first search result will be? Muhammad Ali wasn’t just a boxer; he was a legend. He didn’t just float like a butterfly, he also understood life and lived it to its very fullest. He didn’t just sting like a bee, he also managed to have the right bullet in his pack to shot down any question he was asked for. His words, so eloquently put, continue to inspire and guide millions today. His life was an exemplary life. A life which everyone, including entrepreneurs, can learn from.

Along with his reputation as the greatest boxer of all time, here are a few life lessons that the three-time heavyweight champion left behind. Entrepreneurs from Pakistan as well as around the globe can benefit from these,

“I am the greatest, I said that even before I knew I was.”

Muhammad Ali’s belief in himself, in his own abilities and in his own personality, was unmatched. He was focused. He knew what he wanted to do and what he didn’t. As put by Barack Obama, the president of the United States, “Muhammad Ali was The Greatest. Period. If you just asked him, he’d tell you. He’d tell you he was the double greatest; that he’d ‘handcuffed lightning, thrown thunder into jail.”

Being an entrepreneur requires an enormous amount of self-belief. Because if you don’t believe in your own self or in your own dream, then how can you convince others? How can you turn them into believers? It’s a really powerful ability.

“He who is not courageous enough to take risks will accomplish nothing in life.”

Being an entrepreneur is all about taking risks. To take a step in this field, you have to put everything else— your family, a steady income, your career and even your mental health— at risk. It’s not easy and it’s certainly not many people sign up for.

But for most, the prospect of being your own boss and working for what they are really passionate about, is worth it. So if you want to be an entrepreneur, you have to be prepared for taking risks and putting everything at stake.

3. Don’t be Afraid of Failure

“Only a man who knows what it is like to be defeated can reach down to the bottom of his soul and come up with the extra ounce of power it takes to win when the match is even.”

Everyone fails. It’s a part of life. It’s a part of growing up. It’s what readies you for the next step of life. Ali, termed as the greatest fighter of all time, failed too— five times in fact. His first ever defeat, also one of the most famous, was at the hands of Joe Frazier. “Next time would be different,” Ali said in his hotel room.

Sure enough, he came back, stronger, better. Ali won his second fight with Joe Frazier by a unanimous decision Not only that, he also beat Frazier one more time in 1975 in a fight ranked as one of the best in the sport’s history. The third fight (and also the final fight between the two) was the culmination of a three-bout rivalry between the two fighters as Ali won 2-1.

“I’ve never thought of losing, but now that it’s happened, the only thing is to do right. That’s my obligation to all the people who believe in me. We all have to take defeats in life. We lose loved ones, or a man loses his property or his job. All kinds of things set us back, but life goes on!”

Entrepreneurship is almost all about failing and trying, again and again, until you finally succeed. Some of the most popular entrepreneurs right now have had their own share of failures. Some have had big failures, some have had small ones. But almost every one of them has failed, only to pick themselves up again and use their experience to do it better the next time.

4. Will is Stronger than the Skill

“Champions aren’t made in gyms. Champions are made from something they have deep inside them – a desire, a dream, a vision. They have to have the skill and the will. But the will must be stronger than the skill.”

Having a strong skill-set is essential, but having an even stronger will is of even more importance. You can learn to swim, to run, to shoot but you can’t instill the will to do so. Muhammad Ali had a will that could tumble mountains, break thunderstorms and shake the world. It was his sheer willpower that led him to fulfill his legacy as one of the greatest boxers of all time.

The will can force you to do the necessary things. To stop pushing the snooze button and start working on the dream. To do the things you have always wanted to, but are too afraid to do so. It’s what will compel you to make that jump from 9-to-5 to working in your home and wake up nights. Once you have the will to do, anything can be possible!

5. Have Confidence in your own Ability

“If you even dream of beating me you’d better wake up and apologize.” 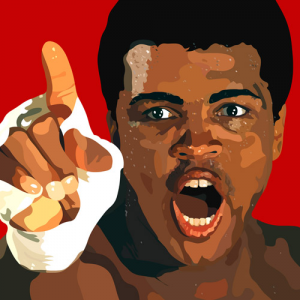 If you asked Muhammad Ali why he lost— not that he gave people many chances to ask that question— he would always have an answer ready. And that answer won’t be about a lack of ability or talent. The champ believed in his own ability too much to accept a flaw, and that’s what is unique about him. Ali knew what he could do and he proved it, repeatedly, again and again.

Most entrepreneurs today have the ability and the skill to make things happen. They can make their dreams come true. But most of them don’t have enough confidence in their own ability. Self-doubt is a dangerous thing. Have confidence in yourself! Have faith! Take the next step and leave the rest to God. That’s what Ali preached.

6. Stick to your beliefs and goals

“I know where I’m going and I know the truth, and I don’t have to be what you want me to be. I’m free to be what I want.”

Muhammad Ali was declared eligible for induction into the Army but in 1967, he refused to be inducted. Immediately, he was stripped off his heavyweight title. He was also sentenced to prison along with a $10,000 fine and a ban on boxing.

However, he stood by his stance. Here’s what he said in reply,

If you, as an entrepreneur, have an idea or a set of guidelines that you live your life by, you should stick to them. You should stand by your beliefs. You shouldn’t let yourself be strong-armed into doing anything other than what you want to.

7. Work Hard Now to Live Later as A Champion

“I hated every minute of training, but I said, ‘Don’t quit. Suffer now and live the rest of your life as a champion’.”

One of his most famous quotes depicts what made Muhammad Ali great; his hard work. Ali was never one to shy from hard work. Once a small boy, he was brought fuming into the police station, he told the police officer that he would “whup” the guy who did this. Today, he is known as the “Greatest Of All Time”, has a place on the Hollywood Walk of Fame and is respected all over the world. All of it is down to his hard work and the commitment to put in all his effort while he could, only to reap the benefits later on in his life.

Entrepreneurship isn’t really as demanding as boxing in terms of physical well-being. So while most entrepreneurs may have more time to commit to entrepreneurship than Ali had for boxing, the situation is still the same. The more hard work a person will put in, the more the chances of his success. You might fail, even more than once, but you only have to succeed once to live the rest of your life as a champion. 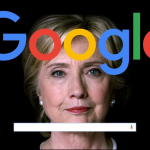