8 things you should never say to a Programmer 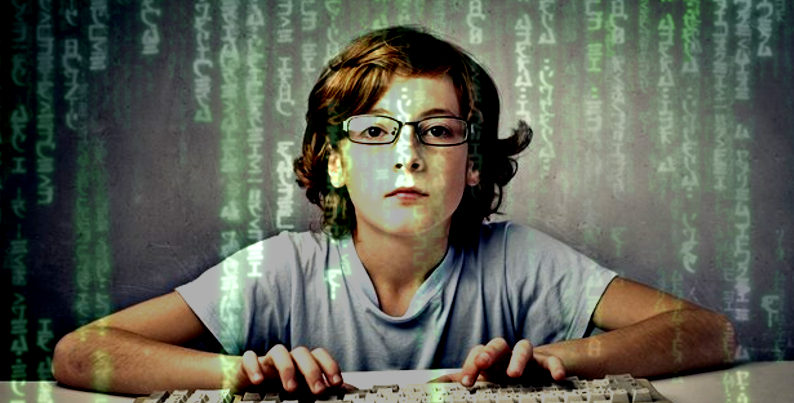 pro·gram·mer (n) An organism capable of converting caffeine into code.

If you have ever met a programmer, you know they are just a different breed. A race of people capable of making sense from utter gibberish, they are the ones who are capable of turning anything and everything into computer programs. Want to add a few numbers? Make a program. Want to create some fancy animations? Make a program. Want to add a few numbers and display them in some fancy new animations? You guessed it, make a computer program.

These are the people who type out lines and lines of unintelligible text, curse it for an hour, drink one cup of coffee, curse it some more and then type even more. In the end, it’s the caffeine-fuelled, sleep-deprived piece of flesh that wins the war of man vs machine and convinces the holy gates of logic to bend down to his or her will.

Programming is a one of a kind job and it has one of a kind issues and that is why there are some things that a programmer shouldn’t be bothered with. Here are 9 things you should never ever say to a programmer,

1. Can you explain exactly what your code does?

Are you a programmer? No? Then, NO. No, he can’t. No, she can’t. No, THEY can’t. Programming is complex, it is weird, it is mind-boggling. There are uncountable conditions that need to be satisfied, infinite(nearly) number of loops and infinite loops in those infinite loops that have been arranged to achieve the desired result. It’s all one big whole messed up organism that takes a good deal of focus and a lot of time to get your head around. The amount of logic that has to be put in takes a lot of understanding. And, if you aren’t aware of the concepts of programming, don’t even think about asking this question.

Bonus: Sometimes, even programmers themselves have problems understanding a complex piece of code; in such a case, a rubber-duck technique can be useful where a programmer tries to explain his code to a rubber duck in an effort to make sense of it.

“The trouble with programmers is that you can never tell what a programmer is doing until it’s too late.”
~ Seymour Cray

It’s the 21st century! Grow up! Women everywhere are breaking barriers, shattering stereotypes. Despite the unnervingly overwhelming gender disparity in the computer industry(and Silicon Valley in general), programming isn’t just a guy thing. You know who wrote the very first computer program? Ada Lovelace. She is officially and rightfully known as the first computer programmer ever, and even has a whole programming language named after her.

So know that the next time you want to “exert” your masculinity through code, remember that the very foundation of it was established by a woman and one of the brightest mathematicians ever to walk on the face of the earth.

A programmer is the one who deals with the things that happen inside the machine within the realms of software. What happens outside with tangible components like the CPU, keyboard, and mouse aren’t accessible to the brain of a conventional programmer – unless they have studied electronics, which many haven’t. So kindly resist the temptation of bothering the programmer with things that are out of his or her reach.

“A programmer is not a PC repair man.” — Ritesh Kumar Gupta

4. Can you change this background. *Changes background* Wait no, I liked the previous one!

This is top on the list of the programming headaches. The guy handling the code has to move mountains to make the required optimizations and make the code adapt to the new changes. So if you have asked to make a certain change, better make sure that you are sure on that one. Make up your mind, please. Take a moment and decide the exact changes you have to make and save the programmer a good deal of trouble.

5. Can you make things bounce around and make it prettier?

The bouncing and animating part is one of the easiest and most useless things to do. As a programmer friend of mine, may put it, “A complete disregard from client’s end to comprehend the back-end of a system. The famous if-I-can’t-see-it-bouncing-and-dancing-away-on-the-website-or-an-app-it-isn’t-work. Seriously, guys. Making things bouncing and dancing is the easiest part of the job.”

It can be exceedingly irritating to hear that if something doesn’t contribute much to the front-end of a/n website/app and to the main user-interaction, it doesn’t matter. In reality, it matters, a lot! Let the pros handle this one.

6. I actually know a bit of code myself, and I was thinking you could…

There is no such things as a bit of code(no pun intended). Either you know most of it and are capable of learning things you don’t know and doing it all yourself, or you can just as well get someone else to do it altogether. But do keep in mind that the latter case comes with a packaged-programmer with a strict “No recommendations if you’re not a programmer” policy, so if you bother to violate that one, you’ll have to suffer the consequences.

7. Isn’t it a Sunday? Leave your computer alone for once!

This is a hard one because there is no easy way to explain that a good Sunday for us(or most programmers) is a nice little session of coding on projects we love and want to do for ourselves. Headphones on, a cup of simmering coffee and no other errand to run; the perfect Sunday.

8. Why do you love Coffee so much?

Programming and coffee-addiction go hand in hand. A programmer without coffee is like HTML without CSS; it would work but it would be pathetic. Okay, that’s a bad example but you get my point(at least programmers do). But here’s a little secret, not all programmers are addicted to the caffeine-infused brown liquid. It’s more of a stereotype, but not really a bad one so we don’t really mind it. Programming requires a truckload of concentration and coffee is only more than ready to supply it. That’s about it!

Coffee is one of the most widely consumed drinks in the world. In U.S. alone, approximately 83% people drink coffee but since programming is known as one of the most intensive and concentration-demanding tasks, only the programmers have the bragging rights to calling it their drink of choice.

Editor’s Note: Don’t judge the writer for judging programmers. He is one of them.
Special Thanks to Basit Saeed in helping with this article.
Image Credits: SomeCards, CraveOnline, Inrsoft 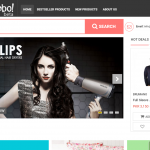