A burglar in Karachi made Rs. 4.5 million in 35 hours by stealing over 100 high-end phones

In a recent turn of events, a burglar in Karachi has looted mobile phones worth Rs. 4.5 million during a 35-hour-long theft in a mobile shop located in Saddar’s Aman Tower of the metropolis, reports ProPakistani.

According to local media reports, the theft took place in one of the busiest trade centers of Karachi last week. The thief reportedly entered the mall late on Saturday night and left at around 10:30 pm on Monday. According to Police, during this 35-hour heist, the burglar took 111 high-end smartphones from the mobile shop worth around Rs. 4.5 million.

Interestingly, Karachi police were unable to immediately identify the suspect because he covered the CCTV cameras of the mall when he entered the mobile shop. Meanwhile, the CCTV video of theft has revealed that a masked man first darkened the surveillance cameras using spray paint and then committed theft. Police have registered a case in Preedy Police Station against the unidentified suspect and the CCTV footage of the crime scene has been retrieved from the mall’s cameras besides other evidence.

In a press statement, SP Karachi Saddar, Amjad Hayat, and SHO Preedy Police Station, Liaquat Hussain have claimed that the suspect was apparently a habitual offender. He reportedly came prepared with food (roasted chickpeas) and drinks to sustain during the hours-long robbery. Though the investigations of the crime are underway, the police officers raised concerns that during all that time, the security guards of the mall never noticed the thief’s activities.

It is pertinent to note here that to restrict the use of smuggled and stolen mobile phones, PTA has launched its Device Identification Registration and Blocking System (DIRBS). Other government authorities and institutions are also helping PTA in its campaign of restricting smuggled mobile phone users.

Recently, Karachi Police has recovered a large number of illegal smartphones from the metropolis. The shipment was said to be carrying a whopping 249 smuggled mobile phones which were recovered by Police from a car on Napier Road in Karachi.

However, those mobile phones which are smuggled into Pakistan after the second deadline (25th January 2019) which was announced by PTA will be the main focus in the smartphone blocking process. 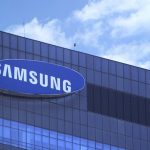