Since Elon Musk has taken the charge of Twitter, he is firing a large number of employees, no matter what post the individual is at including executives.

In her statement to a High Court in Ireland. MC Sweeney said that she is working more than 75 Hours a week in order to safe her job. Moreover, MC Sweeney, a Twitter’s global vice president for public policy provided a statement to the court in a successful bid for an injunction to block Twitter from firing her.

Earlier this month, MC Sweeney claimed that she didn’t resign. Although, she has been restricted from accessing company’s system and received an exit offer. Moreover, she added that Musk is sending mixed messages. Though, she didn’t respond to Musk midnight email to Twitter employees on November 16.

In an email, Musk informed his employees to work ‘extremely hardcore’ culture. Moreover, in his email Musk said that employees have no other option except clicking yes to a form or employees can resign from the company.

Moreover, MC Sweeney is working at Twitter since decades and at an executive position. According to Sweeney, she is a hardworking person and provides quality work on time.

Though, regularly she works 40 hours per week as required by her employment contract.

In contrast, she stated that her job has become tougher day by day since Elon has become the CEO of the company.

Moreover, she reported to the news channel that she took no issue with putting her shoulder to the wheel.

Musk is constantly sending ‘mixed messages’ to the workforce. He is leading the company in unorthodox manner, stated by MC Sweeney. In her statement she also added that the chief executive has with ‘no apparent logic’ fired and rehired staff.

Since, Elon Musk took the charge of Twitter he has fired many people from the company.

According to Musk he has how own way of working policies. He wants everyone to work as much hard as they can. The chief Twit cut almost half of Twitter’s workforce a week after his takeover on October 27.

After Elon’s November 16 email, issued the ultimatum to the remaining staff, around 2,000 people quit and turned down his offer. Whereas,later Twitter asked few people to come back and join the company again.

Insider contacted Twitter and MC Sweeney for comments but neither organization responded right away. 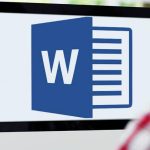