Twitter’s new chief is in the process of hiring new candidates, after firing around 4000 employees. A man who hacked an iPhone in 2007, and got famous, Elon Musk hired him. George Hotz is the first ever person back then to unlock an iPhone. Previously, Hotz was an employee of SpaceX, now recently hired to fix the search option on Twitter. Hotz has given a time frame of 12 weeks to fix the flaw that many engineers failed to fix.

According to Hotz, I am bounded for a 12-week internship at Twitter for the cost of living in SF. It’s all about making the world alive, instead of accumulating capital in a dead world. Musk responded to his tweet with an offer to talk. Hotz said he is not willing to join the company for a long duration.

Moreover, he said he is diving into a complex codebase. I could help document and clean up some of those 1000 micro services in 12 weeks. Reverse engineering, he said. In his statement, Hotz has cleared that he is just doing an internship at Twitter, and has been hired to fix twitter’s broken search option in 12 weeks. 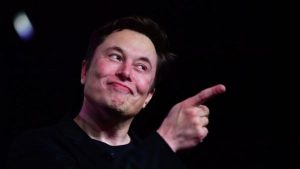 Hence, while fixing the fake, Hotz asked his followers, how do they feel using Twitter Search in place of Google search. One of the users replied it is still bad. If I am searching for something and even I am one character off I straight up don’t find what I am looking for.

Hotz appreciated his thoughts and replied that soon we will an easy way to improve the flaw.He is a computer science graduate from Carnegie Mellon University. Hotz has worked for Google, Facebook, and SpaceX. On the other hand, he was the CEO of comma.ai from 2015-2018.

Moreover, after Elon Musk has become CEO of Twitter, many changes occurred including an organizational structure. Twitter has parted ways with nearly 4,000 employees in the past month.

However, some employees did not agree with the new rules and regulations of Twitter and resigned themselves. After getting Musk’s email about the hard work culture. Whereas, many of them Elon Musk fired many employees as he has his way of work. 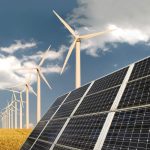