Elon Musk has announced that Twitter will soon roll out gold and grey verification check mark when it relaunches the delayed blue tick service next week. The move was “painful, but necessary”, the billionaire chief executive said in a post on the social media platform.

All verified accounts will be manually authenticated before the tick is activated, said Mr. Musk.

“Gold check for companies, grey check for governments, blue for individuals (celebrities or not). Painful, but necessary.”

In a further tweet, Mr. Musk said: “Individuals can have a secondary tiny logo to show they belong to an organization if verified as such by that organization.”

He added a longer explanation would be provided next week. The social media platform put on hold its recently announced $8 blue tick subscription service in the face of soaring fake accounts and said it would be relaunched on 29 November.

The blue check mark was previously reserved for verified accounts of politicians, celebrities, journalists, and other public figures.

The details of the revamped authentication scheme come after Mr. Musk announced he will grant an “amnesty” for suspended Twitter accounts, prompting warnings over a rise in harassment, hate speech, and misinformation. The tycoon had asked his more than 118 million followers to vote in a poll on reinstatements for accounts that have not “broken the law or engaged in egregious spam”.  The yes vote was 72%.

Another common opinion suggests that this is just a money-making trick by Elon Musk and he wants to milk its newly bought cow as soon as possible. It recently backfired when the premium subscription was made public on 9 November.

A fake Twitter account impersonating the soft drink brand Pepsi tweeted, “Coke is better.” A fake George Bush account with a verified mark Tweeted, “I Miss Killing Iraqis”, and there have been many similar incidents going on for a couple of days since the $8/Month subscription is launched and Elon Musk’s own companies have been also targeted by this trend in which his company SpaceX said that they are ceasing all their operations.

Following this blunder, Elon Musk stopped the premium subscription and now it will be relaunched next week. Though there is no evidence that the updated system can guarantee this blunder from happening again. 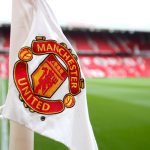