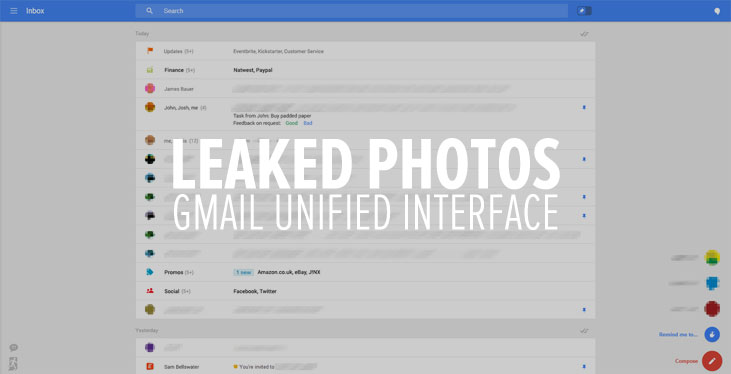 With the user-base of Google products growing with each passing day, major design and functionality overhauls are becoming a necessity to furnish a sense of unification and commonality for all available platforms—be it the PC, tablet or a smartphone. Google’s Gmail application often gets the hate for lacking cohesiveness in comparison to not only other Google apps but its own cross-platform counterparts. But apparently, Google is willing to change all that with a design that could finally bring all of the Gmail apps, regardless of the device they run on, under the same design language umbrella.

According to a few leaked screenshots that show Gmail’s web-based application running on a PC, Google is going for a flatter, clutter-free and much simpler look than the previous one. The tabs, for starters, are gone and so is the sidebar, and floating side-panel and menus have been introduced in their stead, which appear when the mouse pointer is moved in their respective directions. The floating main-menu on the left-hand-side, for example, has all the quick links to folders and message groups (most likely a new name for Tabs that are present in the current version).

Compose button can be found on the bottom-right corner of the screen alongside other Google Now-like options like reminders. Google Hangouts options are available via a collapsible menu at the top-right corner. Another new feature that makes an appearance is Pinned mails, and it does exactly what it says, which is to pin your selected mails to the top. A Pin button next to the Search bar enables or disables whether the pinned mails are visible on top or in their original position in the Inbox, respectively. Apparently, the option to “Star” a mail has been given-up in order to make the room for this feature. 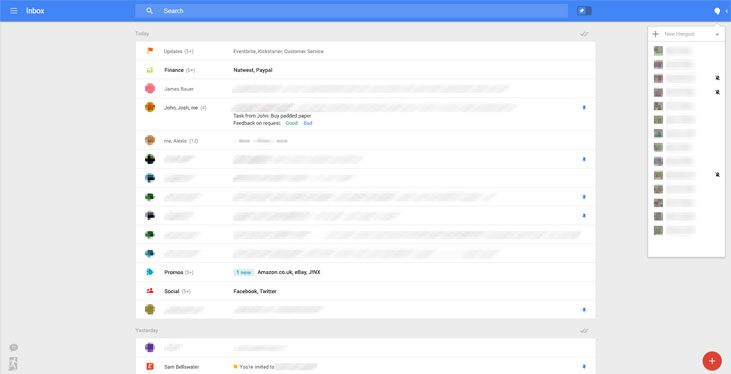 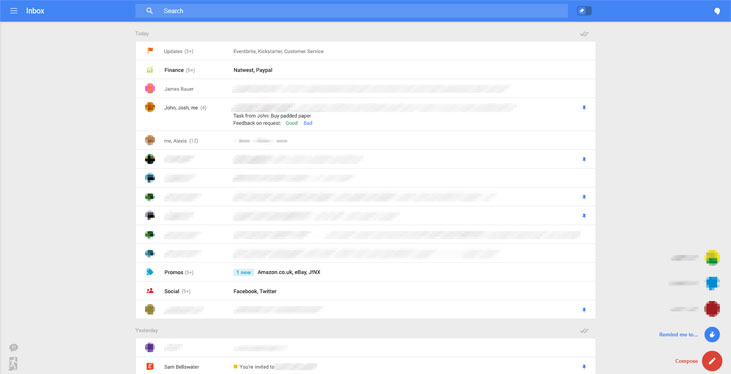 This web-app design is perfectly in-line with the redesign of Gmail’s Android mobile app that leaked not too long ago, both in terms of functionality and design, and it provides even more evidence of Google’s alleged design strategy for all of its apps. 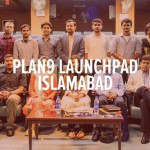