Alibaba to make its first entry into Pakistan with logistics service

E-commerce titan Alibaba continues to expand the scope of its operations as it announced on Friday that it will be making its first entry into Pakistan.  The logistics service that it operates – Cainiao – is launching two automated distribution centers in Karachi and Lahore as part of this development.

As reported by TechCrunch, the smart distribution centers will come equipped with a suite of Cainiao’s in-house technology, including electric control units, software-based PLCs, and a computing solution that aims to utilize cloud computing and super-fast runtimes on the edge.

According to Cainiao, this suite of warehousing tech can reduce manual labor by half and increasing human productivity by 100%.

Much like its parent company, Cainiao is intent on expanding its global presence as much as possible. Presently operating nine large distribution centers across Europe, Asia and the Americas, it is hoping to boost operations in Southeast Asia, South Asia and Europe.

The opening of the distribution centers in Karachi and Lahore appears to be an integral part of that plan.

“Logistic network development is a priority in our globalization strategy as logistics is the fundamental infrastructure supporting a high-quality consumer experience based on integrated product supply from cross-border and locally,” explained Alibaba CEO Daniel Zhang.

“Cainiao has been developing logistic network in Southeast Asia and Europe, leveraging the commerce use cases presented by Lazada, AliExpress, and the Trendyol,” the executive added.

This wouldn’t be the first instance of Alibaba expanding into Pakistan and other Asian countries with its combination of investment and integration. Back in 2018, it acquired Pakistani e-commerce platform Daraz, which also delivers to Bangladesh, Sri Lanka, Nepal and Myanmar.

The Chinese behemoth also acquired control of Southeast Asian ecommerce platform Lazada in 2016, and it also has a stake in Turkey’s Trendyol and Indonesia’s Tokopedia. 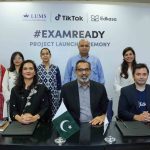