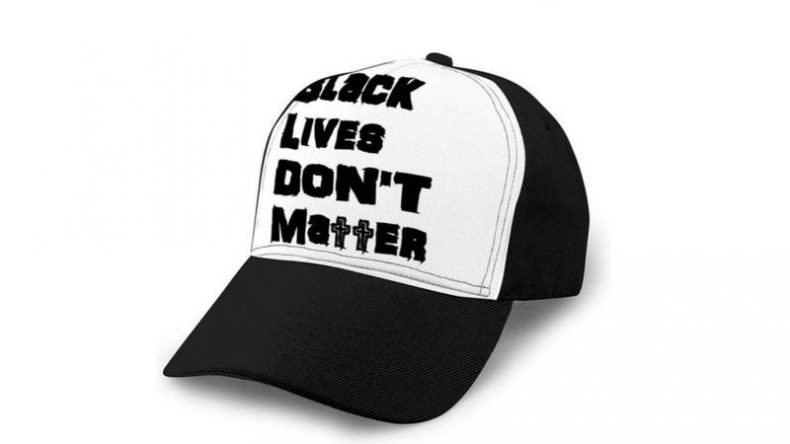 Amazon has been called out for selling hats with the provocative slogan “Black Lives Don’t Matter”, and what makes it even worse that they are being marketed on the platform as being elegant and “nice” presents.

The criticism was put forward by barrister Alexandra Wilson from Essex, UK, who felt that it was “honestly embarrassing” that the e-commerce titan has been turning a blind eye to the sale of such provocative products and she wondered whether the company had any checks in place for this kind of propaganda.

To their credit, Amazon has since removed the caps, which were being sold by a third party.

Despite the company’s response, Wilson feels that its “really disappointing” that it took some time before the hats were finally taken down.

“Multiple people reported it and racist material should be removed immediately,” she said.

“Websites like Amazon definitely need to have better checks in place for both their descriptions and photos because this isn’t the first time something like this has happened,” she added.

While the slogan on the hat clearly comprises racist content, the way it was marketed on Amazon’s platform wasn’t great either. With a price tag of £12.96, the cap was described by the seller as “high quality” with a “unique and fashionable design” and that its “elegant” appearance made it a “nice” present for family and friends. It’s not far-fetched to assume that such descriptions would come across as insulting to anyone who cares about the Black Lives Matter movement.

In a statement, Amazon said: “All sellers must follow our selling guidelines and those who do not will be subject to action including potential removal of their account. The product in question is no longer available.“

previous
Microsoft acquires Fallout, Skyrim creator Bethesda for $7.5b
random
next
Deep Dive - How does Crowdfunding work and why you should go for it?
Trending Posts