Google’s monthly Android distribution report is out. Android Nougat continues to grow and now has 17.8% usage share. The Android Oreo has also made it to the chart with 0.2% distribution but that is because it is currently available for Pixel and Nexus devices only. Its market share will increase rapidly with its availability on different phones including the Galaxy S8, S8 Plus, Nokia devices and many more.

Android Nougat’s market share is increased by 2% compared to the last month and Android 6.0 Marshmallow’s share neither increased nor decreased. All the previous versions, including Lollipop and KitKat, are losing their market share with time. Android Lollipop is still installed on 27.7% devices which is a lot. Android Marshmallow has the highest market share right now with 32% market share. 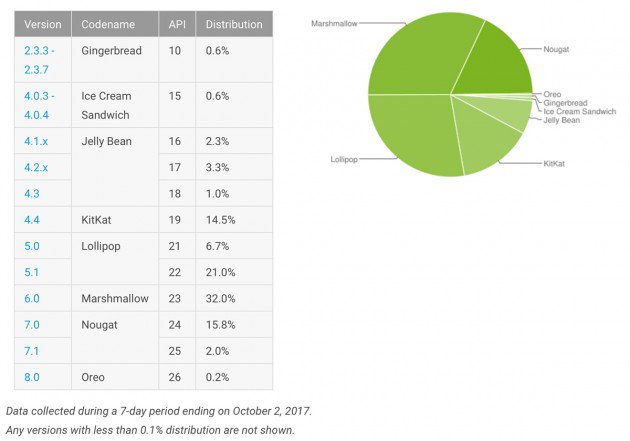 The Android distribution has always been like this. The 2 years old OS is installed on the most number of devices and the 3 years old Lollipop is installed on more than 27% devices. However, Google’s project Treble might help change these numbers in the future as it will make it easier for the manufacturers to upgrade their devices to the latest version of Android.

Android OS is fragmented owing to tons of devices with different screen resolutions and size and availability of different android version on different smartphones. This is a huge pain for developers and Google needs to do something about it. Otherwise, it will continue to lose the developers, as they are preferring Apple iOS for their new app launches and once the apps are surely successful, these developers do think about Android. 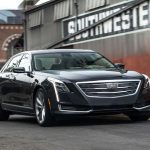