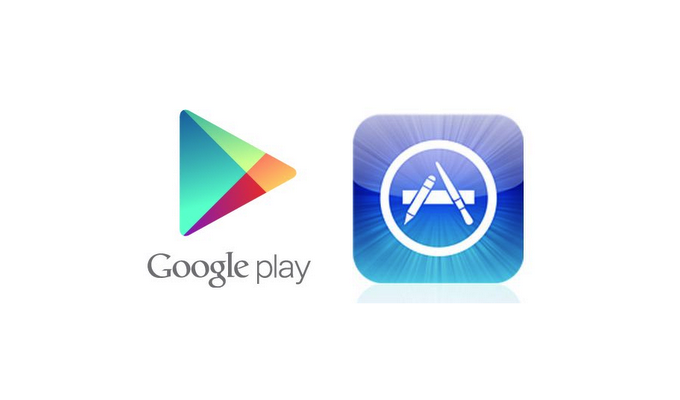 Android vs iOS has been one of the longest tech-rivalries in the smartphone market. This rivalry has had such a great impact that it has divided the entire globe into two segments; android users and iOS users. However, the latest Q3 by TechChrunch reveals the earning of App Store which massively outshines Play Store. The data recorded by TechChrunch shows that App Store generated 93% more revenue than Google Play in Q3.

Historically, App Store has always remained ahead of Play Store in the revenue department, throughout the year’s App store generated way more money than Google’s Play store. The App Store continues to maintain that lead, and in the third quarter of 2018, that gap between the two widened to the highest point yet, the largest gap since at least 2014. 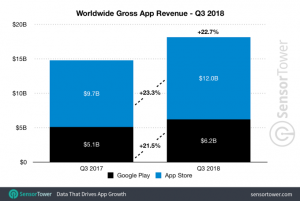 According to the report, approximately 66% of the $18.2 billion in mobile app revenue generated in Q3 2018 came from Apple’s App Store. The store made $12 billion in this quarter and went up 23.3% from the $9.7 billion it made during the same period last year. Meanwhile, Google Play earned $6.2 billion in the quarter, a modest 21.5% increase from the year-ago quarter’s $5.1 billion.

The new trend clearly shows that subscription apps are now becoming a major revenue generator. For example, Netflix is the top non-game grossing app for the third quarter in a row, adding an estimated $243.7 million in revenue across both platforms.

A major source of revenue for App Store and Google Play:

Mobile gaming also played a huge part in the increase in revenue and reached a whopping $13.8 billion in Q3. It accounted for 76% of all app-revenue across both platforms, with $8.5 billion coming from App store while $5.3 billion coming from Google Play.

According to statistics the top-grossing apps across both stores, are subscription apps which are continuing to aid in this revenue growth. Netflix stood at the top of the chart in terms of generating revenue for the 3rd quarter in a row and brought a whopping 243.7 million on both platforms, iOS, and Android. Tider came second while Tencent Video came in third.

Where Play store takes the edge:

App store might generate more revenue but in terms of the number of apps downloaded, Google Play store still reigns supreme. This was due to the rapid growth of lower-cost Android phones. According to the report App, installs grew by 10.9% across both stores, reaching 27.1 billion, up 24.4% from Q3 2017.