Following an investigation by Techcrunch, Apple has temporarily shut down Google’s enterprise certificate. This would result in all internal apps that Google is using to stop working. Google is the second big company after Facebook to have their certificates revoked after they were both caught similarly misusing Apple’s developer policies.

It looks like though that Apple was not in the mood of punishing Google for an extended period. Talking to Buzzfeed, an Apple spokesperson said, “We are working together with Google to help them reinstate their enterprise certificates very quickly,”

The block did not last too long as both Facebook and Google’s certificates have been restored to full functionality.

Earlier this week Techcrunch reported that similar to Facebook, Google had a VPN app called Screenwise Meter. Just like the Facebook Research App, Screenwise Meter was designed to harvest as much data as possible. And just like their Facebook counterpart, Google would give a gift card to users of the app.

Unlike Facebook, Google was quick to acknowledge their mistake and disabled it soon after with hopes of avoiding a certificate shutdown. “The Screenwise Meter iOS app should not have operated under Apple’s developer enterprise program — this was a mistake, and we apologize. We have disabled this app on iOS devices. This app is completely voluntary and always has been. We’ve been upfront with users about the way we use their data in this app, we have no access to encrypted data in apps and on devices, and users can opt out of the program at any time.”

Despite Google’s proactive behavior, Apple sticking to its policy still blocked Google from distributing internal apps. This might not look a bit of a deal, but talking with The Verge, a person revealed “early versions of Google Maps, Hangouts, Gmail, and other pre-release beta apps stopped working alongside employee-only apps like a Gbus app for transportation and Google’s internal cafe app.”

Since the reports on Facebook and Google went public, Apple has proved their stance on privacy. To revoke certificates of few of iOS’s biggest developers, Apple has shown that popularity will not get you privileges when it comes to privacy, “any developer using their enterprise certificates to distribute apps to consumers will have their certificates revoked.”

There are two puzzling things about this entire fiasco. The first, why did Google apologize when they were caught? Google could have apologized and pulled the app before they were caught. The second, is shutting down a certificate for a few hours a punishment at all? Was Apple just trying to win the hearts of people without disturbing their relations with developers? Also, what steps would Apple take to make sure that companies like Google and Facebook cannot abuse their certificates in the future? 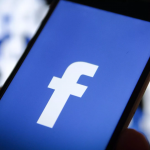