After months of speculation and third-party announcements, Apple has officially confirmed that it will be transitioning its iPhones to USB C shortly. Following the order from the European Union, the corporation has offered its most direct confirmation that the report is accurate. 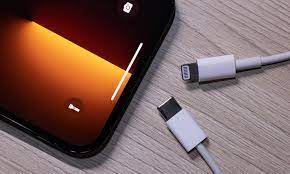 For those who are unaware, the European Union has enacted a new rule requiring Apple to offer all iPhones in its member nations with a USB C port, a connection that is currently available on a variety of other OEM products such as mobile phones, laptops, tablets, and more.

The Wall Street Journal questioned Apple’s VP of international marketing, Greg Joswiak, if they plan to replace Lightning connectors, and he responded, “Obviously, we’ll have to comply; we have no option.”

The subject was raised during the Wall Street Journal’s Tech Live conference with Joswiak and Apple’s software VP Craig Federighi. When asked when we should expect to see USB C on iPhones, Apple executives responded, “the Europeans are the ones setting scheduling for European customers.”

Because existing legislation requires that the modification be implemented by “fall 2024,” it is possible that we may not see it on iPhones until that year, although Apple has not confirmed this. He also mentions “for European consumers,” which might imply that only European iPhones would use USB C.

He made other concerns as well, such as the probable rise in e-waste from converting to USB C, but these were less persuasive because Lightning cords must also be changed every few years. 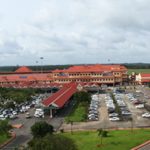