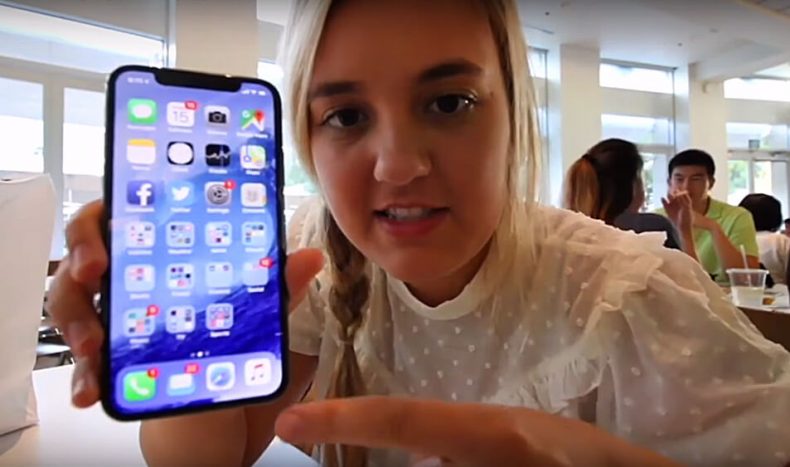 Apple iPhone X pre-orders have started today and Apple will start shipping the phones on November 3. Although there is still some time until the iPhone X ships but some videos are surfacing online already. We’ve already seen a couple of videos showing iPhone X in action and it is still unknown if the videos were uploaded by Apple officials or some fans, who got their hands on the iPhone X early, posted them.

And now a girl uploaded an iPhone X hands-on video and it is the most comprehensive video of the phone we’ve seen until now. The video is shot in Caffe Macs inside the Apple campus. Later it turned out that the girl is an Apple employee’s daughter and the video contains several minutes of iPhone X hands-on showing its feature. The video is now taken down and the reason might be that Apple made an objection to the video.

However, someone downloaded the video when it was up and uploaded it to YouTube for everyone to watch. Here is the video:

Recently, another iPhone X video also surfaced online which shows app switching in the new iPhone. On old iPhone devices, tapping the home button twice brings up the multi-tasking menu and you can easily switch between apps from there. However, Apple removed the home button from the new iPhone X and introduced a new way to multi task. Now you just have to make an arc at the bottom of the screen from left to right or from right to left and you’ll go to the next app. Switching between apps looks very smooth in the video.

Take a look at yourself.