Apple might release new iPhone models twice a year from 2021

According to the American publication CNBC, Apple wants to switch up its iPhone release strategy starting 2021. There are indications that Apple will move towards releasing new devices twice a year in order to improve the seasonality of their products and encourage more people to upgrade to newer devices. Traditionally, Apple has released its newest devices in September to take advantage of the holiday season coming up.

This is all based on a note released by analysts at J.P. Morgan, in which they observed supply chain checks in Apple’s manufacturing plants that point towards such a policy. According to them, Apple wants to counter its rivals who release new products throughout the year. Additionally, Apple wants to curb the seasonality of its devices caused by releasing just once a year. This might mean we get fewer new iPhones at a time, but on a more frequent basis. For example, OnePlus releases one device and then releases its further iterations in a spaced and controlled way. The OnePlus 7 was initially released on May 14, 2019 almost 6 months ago. The company has kept the model going through November 5, 2019 just 26 days ago, a gap of around 5 months. This helps both the company and the product to remain relevant to consumers. Apple might want to follow this path instead of releasing 3 devices all at once.

Furthermore, an approach like this lets Apple be flexible and conform to market trends. It can listen to its consumers and deliver what they want faster and more efficiently. It also takes the pressure off of just one device, hence avoiding the often critical reception of the iPhones upon launch.

Whichever way you put it, this is great news for Apple fans. Now let’s hope Apple makes its devices easier on the pockets as well. 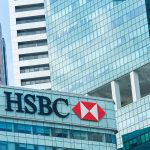