Apple is preparing to launch a complete new range of iPads along with a new red colored model of iPhone 7 and a 128 GB model of iPhone SE at a surprise event, it is planning to set up sometime in next month, a new report has claimed.

The 10.5 inch iPad Pro model is expected to boast a nearly edge-to-edge display and hence, will have the same overall footprint as the current 9.7-inch iPad Pro. The report suggests that all of the new iPad Pro models will be equipped with quad-microphones and come with the standard 3.5mm headphone jacks.

The said event will be followed by the Apple’s famous annual developer’s conference WWDC 2017, which is scheduled to be held on June 5 in San Jose. Apple is expected to reveal iOS 11, Mac OS X 10.13 and Watch OS 4 at WWDC.

There also have been previous leaks that indicated that Apple might launch a new iPad Pro lineup this year. KGI Securities analyst Ming-Chi Kuo also had told MacRumors that three new iPads ranging from 9.7 inches to 12.9 inches would be released in 2017. The Apple CEO Tim Cook also had told financial analysts last month, that there were “some exciting things coming on iPad”, as mentioned by VentureBeat. 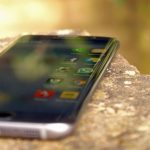 Samsung finally schedules Nougat update for many smartphones including S6, Note 5, the A and J series