It hasn’t been long since the news of WhatsApp accounts being hacked in Karachi went public last month. The state-of-affair where showed active happenings of these events in Pakistan pointed towards the lack of awareness which the general public has.

Last month, the news went viral that a group of hackers were hacking WhatsApp accounts of numerous Pakistani citizens mostly based in Karachi. Geo News, which quoted the Cyber Crime wing of Federal Investigation Authority (FIA), mentioned that a lot of incidents of WhatsApp accounts hacking were happening. The FIA had received complaints wherein reporters mentioned that their accounts were being hacked by a group of hackers who asked them for bank-based transfers in order to get control of their accounts back.

The news broke the internet and was circulated widely, however, we didn’t hear more on it ever since. So, follow along as we take you through how these activities usually happen and how you can evade this before such an event happens with you.

How does it happen?

Ideally, it’s very difficult for anyone to penetrate into someone’s social media accounts by hacking the system side of it. It’s mostly because of the IT and security expertise at the helm of the tech giants which makes sure that their system remains secure. However, the hacking could still happen through other means wherein the user him/herself is taken into the loop knowingly or unknowingly.

Hackers can get hold of your WhatsApp and/or other social media accounts by tempting you into opening a certain link or performing a certain action from the device you’re on. These malicious links can either be used to harbor malware which is automatically downloaded or these can be used to steal certain security tokens/identities from your browser. Most of these ways usually involve the users themselves, the accounts are hijacked from the user side and then taken control-off completely.

How to stay secured?

There are a number of ways which minimize the chances that your WhatsApp and/or other social media account wouldn’t be hacked.

Losing control of one’s social media account could be very unfortunate. In this age, where a lot of social interactions are mostly happening over the internet, a hacked social media account linked to your name can demean your social reputation. In any case, prevention here would definitely be better than cure. 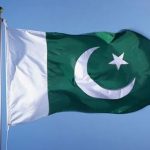